Skip to content
You are here
Home > SPORTS QUICKLY

Football Champions league quarterfinals and semifinals draw was announced on Friday in Nyon.Manchester City who are leading against Real Madrid in round of 16 is likely to face Juventus in quarterfinals.Winner of Chelsea vs Bayern Munich clash will face Barcelona or Napoli in the last eight. Tennis The prize money set aside for

Football Ex Manchester City manager Manuel Pellegrini has been appointed as La Liga club Real Betis coach.He will take over as manager of Real Betis from 2020-21 season. Hockey India's FIH pro league campaign will restart on April 10 and 11 next year away from home against Argentina.FIH announced schedule on Thursday.India will

Cricket England and West Indies players took a knee for 30 seconds to support Black Lives Matter movement in the lead up to first test in Southhampton.Rain disrupts play on the opening day with play resuming in second session.England won the toss and opted to bat. Formula One Two time world champion Fernando 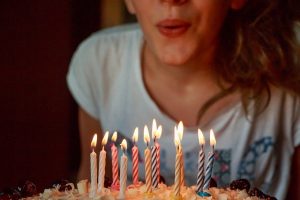 P T Usha is former Indian track and field athlete born on 27th June 1964.She is best remembered for missing bronze in 1984 Lis Angeles Olympics in 400m hurdles.She missed podium by just 1/100th of a second.She won 4 gold medals at Asian Games and was the winner multiple times

Football FIFA under 17 Women's World Cup will be held from 17th February to 7th March 2021 in India.World Cup originally scheduled for November was postponed due to Covid-19. Hockey Indian hockey legend Balbir Singh Sr is in critical condition after suffering cardiac arrest on Tuesday morning. Tennis All England Club said it has donated

TennisTennis Australia Chief Craig Tiley said worst case scenario would be there is no Australian Open next year due to Coronavirus pandemic.Wimbledon this year has been cancelled and French Open has been moved to September.All tennis events have been suspended till July.ShootingSaurabh Chaudhary is not at all affected by postponement

CricketCricket Australia has secured 50 million $ loan as cover for Indian tour down under at the end of the year.HockeyPakistan Hockey Federation secretary general Asif Bajwa said Covid 19 could bring slow death of national game in the country.Pakistan hockey is already in financial crisis.BoxingSports Minister Kiren Rijiju says