They say, great moments find legends. I wouldn’t shy away from including a certain Ben Stokes into that elite category. Be it Lord’s, Be it Headingly, and now the mighty Melnourne.

All conquered by the calming presence of Benjamin Stokes. It was a different kettle of fish today, Pakistan were breathing fire with their breathless pace attack, and England had lost their most eye-catching and destructive cricketer in Jos Buttler. Stokes before this tournament had hardly been in the T20 race. But here he was, thrown in a boxing fight, where the scales were still in balance. At the start, he was struggling to find his feet against the sparkling pace of Rauf and Naseem, but he stood steadfast, absorbing every bit of pressure he could like a sponge. Then a turning point arrived, where the fortune favored the brave Stokes.

Shaheen Shah Afridi, Pakistan’s talisman was forced off with a knee injury. Stokes sensed the moment like a tiger on a hunt, and smashed open the World cup door. The ghosts of 2016 were truly exorcised. T20 is not a format that excites true cricket romantics like me, where contest between bat and ball is gospel, but this tournament showed that the shorter version still can have life if the pitches are not lifeless. Also, the cliche that the best team doesn’t always win in T20 was proven false, as England by far were worthy winners, and they managed to do it in some style and free spirit. 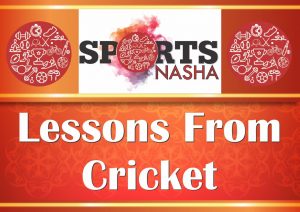