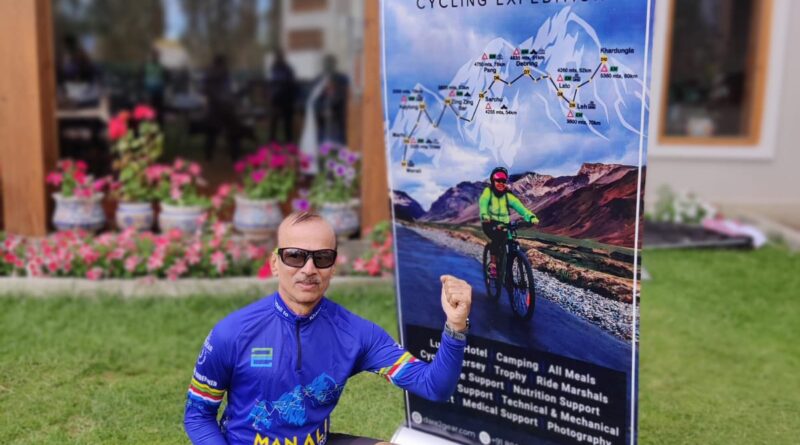 My Cycling Expedition from Manali to Leh

Cycling is packed with adventure, skill, speed, daring, quick thinking and teamwork to make it one of the best recreational sports in the modern world. Whether young or old, small or big, weak or strong, cycling is a sport for everyone. I have been cycling from the age of 5 yrs and today, though I am running 70 yrs of age , I am as passionate about cycling as I was when I was a small boy.

Over the years, I have logged thousands of hours and tens of thousands of kilometres cycling over all kinds of terrain in all kinds of weather. It has always been my dream to cycle in the Himalayas. That according to me is the ultimate test of one’s physical and mental fitness, strength and endurance and cycling skills. So, in March this year I enrolled myself with Dare2Gear, a New Delhi based adventure travel company, for a 9-days cycling expedition in Ladakh region. The route was to be Manali to Leh+ optional Khardungla pass which is the highest motorable pass at an altitude of 17,580 feet. The total distance was 552 km and almost the entire route was above 10,000 feet altitude and is straddled by a total of five mighty mountain passes and hundreds of slopes with steep gradients. The mountains of Ladakh have many different meanings for different people. For the locals they are a way of life; for visitors and tourists they represent breath-taking beauty. For me, a cyclist and an adventure lover, the rugged landscape and the high mountains always meant a challenge where determination and will power can triumph over nature. Since I was aware of the challenges that awaited me for cycling in the Himalayas, I commenced my training immediately. The route was going to be a low oxygen, treacherous and hilly route with numerous off-road type terrain for several kilometres. So, besides my daily cycling training in the Yeour hills and Hiranandani Rock Castle climbs, I included special breathing exercises like yoga to increase my lung capacity in my training schedule.

We kicked-off for the expedition on 09 July after a short test ride of 5 km on the previous day to check our bicycles and gear. The first leg was from Manali to Marhi and it gave us a glimpse of what awaited us over the next seven days. We came across different villages that had a distinct charm of their culture. The landscape gave us a feel like it is designed specifically for an adventure-seeking cyclist. While riding through hairpin curves, and some steep slopes the road led us to our first destination, a beautiful town named Marhi.

The subsequent route from Marhi to Keylong and further onto Leh via Zing Zing Bar, Sarchu, Pang, Lato was a lifetime experience. It was intense, it was excruciating, it was wonderful. After crossing Keylong we experienced low oxygen and this was the time all the exercises and yoga that I had done during the training stood me in good stead. I soon realised that no amount of physical training is enough for the hardships that the terrain offers, but a well-trained body endures better and the mind handles the hardships well. Ultimately, it is all in the mind, for, when you are up there, the temptation to give up and hail a passing vehicle to get over the hump is extremely high. It is funny how the destination, especially if it is uphill, refuses to show up when it is supposed to be. Just when you think it is round the corner, you see another stretch that must be covered. In this portion of the route, we were totally cut-off from communicating with the rest of the world for four days. The only communication possible was through satellite phone. We were living in Swiss tents/Dhabas and taking bath only on alternate days and using the open areas for the morning ablutions. Our meals consisted of only dal/rajma, rice, eggs and parathas.

By the third day, I guess I was getting fitter by the minute and was managing to get to the top of the slopes with some difficulty, but I was getting used to it by now. During the stretch from Pang to Lato the gradient was relentless Enroute I saw the stunning landscape of Moraine plains. After some distance I came to the second highest motorable pass, Tanglang La at an altitude of 17,475 feet. It is said that ‘life is a climb but the view on top is great’. Indeed, the view from Tanglang La Top of the surrounding snow-covered mountains and of Leh town in the distance was absolutely enchanting. I had shed almost all my warm clothes/Rain coat as I sweated my way up to the pass, and that was a big mistake which I realised after I started the descent. Whilst at the Top, the weather suddenly changed. There was extreme wind-chill at the pass, as it happens on most high-altitude passes. Snowflakes also began to fall now. Initially I was thrilled to see the snow. But then I started feeling cold. By now my support vehicle had gone back to escort some of my team members who were still riding up and I was left with no warm cloth and Raincoat on me. So, I told my fellow rider, Ms Garima who was with me at Tanglang La Top that we should immediately leave and go downhill. As soon as I began the descent the storm struck in all its fury and hail and rain started to fall more heavily and the downpour intensified. It was eerie, deserted and dark. I started shivering, my legs and fingers started going numb and I was not able to apply the brakes even. So, I got off the cycle. My corider somehow managed to hail a passing vehicle to take us down the hill to a warmer area. This is the time I realised that one should always be properly clad downhill from any pass, as you go much faster, without any effort and lack of warm clothes and Raincoat to cover you can be dangerous. I also realised that as an athlete and as a sportsperson, it’s amazing how focused one becomes when you are managing your body close to the limits. As I balanced between maximum effort and total collapse, every corner, every change in gradient, engraved in my memory from my years of training, suddenly became more detailed than I would have ever thought possible.

Cycling also allows me to meet some interesting people. During this expedition too, I came across some fascinating people. In Marhi, I met Shri Mahendra Mahajan of Nasik, an ultra-cyclist. He was attempting a record for the fastest walk from Leh to Manali. I came across so many locals who are a fascinating community of gentle people who are slowly getting exposed to Western values but are retaining a deep, sincere belief in their Buddhist culture. Along the route, I also became accustomed to seeing the white coloured stone structures called chortens intended to symbolise the presence of Buddha. The chortens are used for prayer as well as to store local Buddhist relics.

I’m most grateful to Shri Tarun Wadhwa, the Managing Director of Dare2Gear and his team for taking such great care of me and pepping me and motivating me now and then to complete the ride when I was feeling a bit low. I’m glad I joined this expedition as I met so many wonderful and inspiring people and great cyclists. I got to learn so much from them and the bond of kinship that I share with them now will last a lifetime! In the end, I want to say that the most important thing which I learnt is- “Passion never fails”.

Dilip Sule is a cycling enthusiast. He has Age is no bar, it’s only a number!! 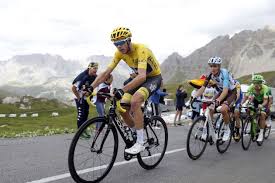 Astonishing Women on Cycles…100 Kms with one leg…Unbelievable 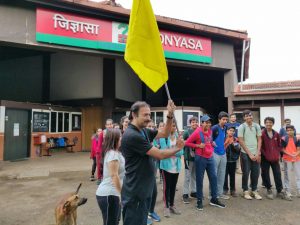