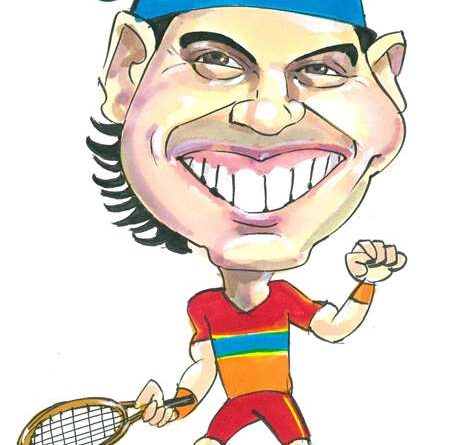 They say greatness is intangible, word of fiction. Today, with my open eyes I have seen it conquer the insurmountable.

Rafael Nadal, you living genius, tell me where do you attain this level of gumption, will, determination to rise like a Phoenix from a rubble of hopelessness.

Two sets down, forty-love behind on your own serve in the decisive game of the third set, in poker parlance if you are dealt with these cards, many high profile gamblers would fold. Sports is magical, isn’t it? Making adversity a friend is a skill which champions possess, when the chips are down more often than not, they find a way to boost their self-belief. Age is just another numerical number for them. Nadal took a mickey out of it today. He was dead and buried, after the first two sets, writing was on the wall and needed a final nail in the coffin. Medevedev could see the finishing line within sight. That proved nothing but a tease. As the match went on the line became blurred and distant. Nadal was toying with his will, his tenacity, answering questions with tough questions of his own, trading blows, many gut-wrenching. Medvedev to his credit, stayed afloat in the Rafa wave, but ultimately could not sustain the chutzpah, guile and hunger of a man on his mission.

The stars of Melbourne aligned in time for Rafa to avenge the disappointment of 2017, but for Medvedev a tough pill to swallow but one which could act as a springboard for the coming tournaments.

This grand slam will be remembered for a sporting figure who epitomized excellence and amplified its essence to the levels beyond stratosphere. Twenty-one guns salute to you Rafael Nadal. Never-say-die-attitude is the brand ambassador of this once in a millennium tennis player from Mallorca
#rafaelnadal #tennisaustralia #champion #Bullseyeleadership