270 by The Don in second innings that too batting at no. 7 position & how legends think about the game in totally different way

This is about 1937 new years’ Ashes test at Melbourne which has become a folklore. A genius cricketing brain that came out with a totally out of the box strategy which not only turned the game on its’ head but the series too and also created history which stands tall till this date, even after 85 years.

It was year 1936 and the clouds of WWII had started to gather. It happened to be second last Ashes series before WWII disrupted the life all over the globe including cricket. Even though the Ashes were with Australia, England had won the last Ashes played on Australian soil. Yes, the famous bodyline series. But Australia won back the Ashes when they visited England in 1934 – largely on the basis of superlative performance by the rising star, Don Bradman. Now, England were touring down under first time after the Bodyline series in which they won by whooping margin of 4-1, courtesy to bodyline strategy by their captain in that series, Douglas Jardine & his main weapon, Harold Larwood. But now, Larwood wasn’t there, having already played his last test at Sydney in Bodyline tour and nor was Jardine. Both were history as far as international cricket careers were concerned. It was interesting to see how England were going to perform.

And, if all this build-up not sufficient, there was change of guard for Australian team. Don Bradman was appointed in place of Woodfull who had played his last in England in 1934. Unfortunately, Bradman started his captaincy career on a very bad note, losing both the first test matches at Brisbane & Sydney. On top of it, Australia were all out for less than 100 in many as 2 innings in those 2 test matches under Don Bradman. Things were looking pretty dark for Australia & Sir Don himself.

The third test at Melbourne started in such gloomy condition for Australia. To make things worse, it rained heavily before the test match and with uncovered pitches in those days, the wicket had actually become a puddle.

Don won the toss and for reason only known to himself, elected to bat first. The result of that decision was obvious as the decision boomeranged, Australia lost wickets one after the other soon after, on the wet pitch. To let his bowlers take advantage of the wet pitch, Don declared Australian innings for 201-9. Bradman himself fell for 13 but Stan MaCabe played an innings of 63 which should have been of the uppermost class as it was played on totally wet wicket. The wicket was still wet even though it had started to dry out, Australia made inroads through Morris Siecvers & the great Bill O’Reilly and reduced England to 76-9, at which point England Captain Gubby Allen declared the innings to take advantage of the drying pitch with a calculation that his side would get to bat on much improved wicket later on as the weather forecast for next few days was that of sunny and clear weather.

What happened after that was not imagined by any one. But Don had different ideas. What happened next as described below. Don scored 270 coming in at no. 7 in second innings which Wisden described as the best test match innings ever till that point. If that was so, what must have been MaCabe’s innings? – which was played on a wet wicket. Sir Don’s innings was not exactly on a drying wicket. Yes, it was not a perfect batting track when he batted but not the worst one. And yes, it was brilliant captaincy by the Don.

Firstly, it was a New Year test at Melbourne (unlike today, New Year test did not necessarily took place at Sydney SCG and Boxing Day not necessarily at Melbourne MCG). Coming into the match, it was raining on prior days & as wickets were not covered in those days, It was a drying wicket & Don after winning the toss made a blunder of taking batting and Australia collapsed to 200/9 – mainly due to master class of Stan McCabe in his innings of 63, the great batsman famous for his 232 at Trent Bridge which prompted Don to say “If I could play an innings like that, I’d be a proud man, Stan”. Don, learning from his earlier mistake, declared 9 down to make England bat on drying track. England collapsed even more badly and their captain, Gubby Allen another master at tactics, declared 76/9 as it was getting close to end of second day’s play. Next day was a rest day (as it used to be in those days when cricket was played for the sake of the game) and further weather forecast was sunny & bright. So Don wanted to protect his regular openers Fingelton & Brown for whatever 4-5 overs were balance on 2nd days (in fact Allen declared to take advantage of those overs only). So Don countered his tactics by sending his no. 9 & 11.He continued with that when O’Reilly fell to Voce on 1st ball of the innings and sent in Ward. The day ended with Aus on 3/1. The wicket dried considerably on the rest day & next day Don resumed with original batting line up after fall of the wicket (almost original batting line up, one should say as Riggs came before him) and later on played a master class 270 on a good wicket. It may also be noted that Don’s innings started at the fall of 5th wicket well into second session on 3rd day.

I reckon that despite whatever is said & written, McCabe’s inning of 63 on a worst wicket, was forgotten. Take into consideration that even a day after his innings, entire English line up collapsed to 76/9 on that wicket and you will know the greatness of McCabe’s innings of 63. With all due respect, Don’s innings of 270 started almost after 2 days of sunshine letting the wicket to dry up considerably. Even Fingelton scored a hundred and later on Morris Leyland added one from England’s side.”

Australia eventually won the test match by a big margin of 365 runs thanks to Chuck Fleetwood-Smith & Bill O’Reilly. Don gained momentum & scored big hundreds in including one more double hundred in next 2 test matches to become only captain to come back from 0-2 down in a 5 test match series. It’s only such incidence where team has bounced back for 0-2 to win the series 3-2. England’s dream to win back The Ashes remained a dream & remained so for next 16 years.

One more interesting point about this series was that all test matches in this series were planned as timeless matches. But no test could go beyond 6 days.

That’s how a strategy which was never thought of before this changed the fortunes of not only one game but also of the series Great mind think in a great way. Kudos to Stan MaCabe for his superlative innings & to Sir Don for his double hundred & above that the brilliant tac-tic used. 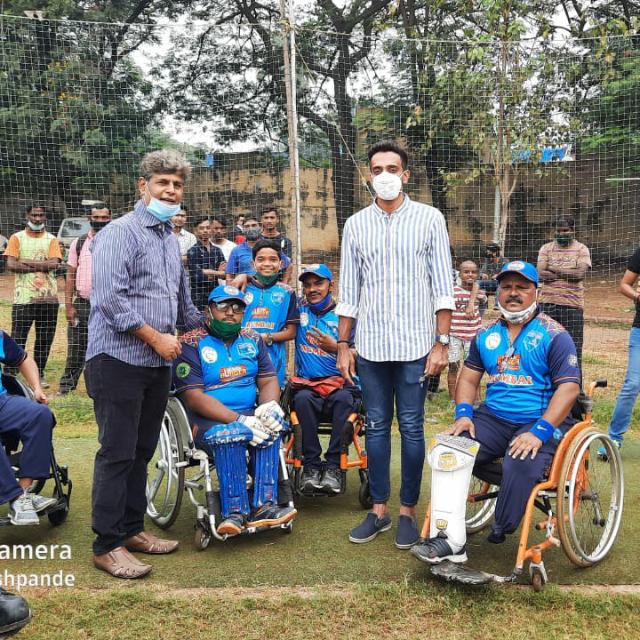 What is Dhaval Kulkarni’s crucial advise for young sports persons?