World no.1 Novak Djokovic is on the cusp of rewriting history as he competes at US Open which gets underway in New York on Monday.The Serbian will become only the second man after Rod Laver in Open Era to complete a calendar Grand Slam if he captures US Open title.Furthermore, Djokovic will surpass his two main rivals-Roger Federal and Rafael Nadal in terms of most major titles won with his 21st Grand Slam title.That will be a phenomenal achievement considering the GOAT debate which has been going on for the past few years Serbian may just edge ahead of the two legends as far as best ever tennis player on the planet is concerned.

Both Roger Federer and Rafael Nadal have ended 2021 season early due to injuries.Defending champion Dominic Thiem has also pulled out of the final Grand Slam of the year citing injury concerns.

Winner of all three Grand Slam titles this season-Novak Djokovic opens against qualifer Rune.He will likely face big hitting German Jan Lennard Struff in the second round.Former runner up Kei Nishikori or David Goffin are his likely opponents in the next round.Asian Karatsev who has climbed into top 25 may face off against Novak in the last 16.Wimbeldon finalist Matteo Berretini will be eager to avenge his defeat at All England Club if the two meet in the quarterfinals at Flushing Meadows.Alexander Zverev who dented Djokovic’s dream of Golden Slam at Tokyo Olympics once again poses a threat of both reach the last four.

Second seed and Toronto Masters champion Daniil Medvedev,Third seed Stefanos Tsistipas and 4th seed Alexander Zverev are all ready to take over the mantle and win their first major title.Greek Tsistipas who won Cincinnati Masters faces tricky opener against former champion Andy Murray.If he passes the opening hurdle,quarterfinal matchup against Rublev will be worth watching.On the other hand Medvedev who fell to Rublev in Cincinnati,has a tough enconter with former champion Marin Cilic in the third round.Alexander Zverev who lost to Thiem last year in the final has young guns-Jannik Sinner and Dennis Shapavalov in his section.However Olympic gold medallist Zverev is expected to advance.

Djokovic-Zverev and Medvedev-Tsistipas will complete the semifinal lineup if upsets do not occur at US Open.Serbian was defaulted in the first week last season.Zverev who is one of only few players to beat Djokovic three times or more will push everything to teach second successive US Open Medvedev who lost to Nadal in 2019 final will be aiming to reach the final once again.

Alexander Zverev and Daniil Medvedev will clash in the final.Both are fresh from winning Masters 1000 titles preceding US Open.Fans with full capacity will witness tennis action after a long time.US Open was held without spectators last season.New York-the City that never sleeps is ready for day and night sessions.Adrenaline rush will be back on tennis courts after Covid-19 disruption.Last year Thiem ended Big Three dominance.Who knows-there will be another new major champion in men’s game.We will see in the upcoming fortnight. 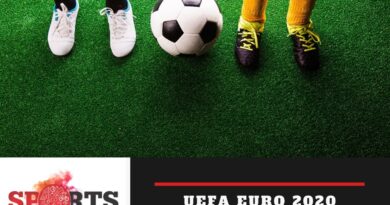