Tokyo Olympics was scheduled to start in July 2020.However due to Covid-19 pandemic,it was rescheduled by IOC in 2021 in the hope of control over the pandemic in one year.Still,Covid-19 is making havoc all over the world with first,second,third and even fourth wave in some countries.Now Japan is battling Covid 19 with daily cases on the rise.Now the big question arises as to whether Olympics should be held or not,If it is held,will it be a success.On the other hand if it gets cancelled at eleventh hour as stated by Japanese President- unfortunately due to worsening situation in Olympic Village,it will be termed as a disaster.So with less than a couple of days to begin Tokyo Olympics,sports fans all over the world are  excited about the start but at the same time have fear of distraction amid Covid-19 pandemic.

At first we look at the current situation prevaling in Japan.Although Japan have controlled the Covid-19 pandemic since it began last year with just over 15000 deaths-the figure is far less as compared to the toll in other developed nations.But if we see the trend in the last month or so,daily cases are hovering around 1000 in Tokyo.Health experts were warning Olympic orgainsers repeatedly to cancel the Games as they feel it may be a Super Spreader event.Apart from medical experts,68% of Japanese public still wants Olympics to be called off as it will put more pressure on the already overburdened health infrastructure.Further,percentage of fully vaccinated people in Japan is also low.As far as sponsors are concerned,here also the threat looms over pull outs.Toyota has backed out of advertisements during the Games.Since the Games will be held without spectators,companies like Nippon and NEC have decided to skip the  Games.Oranisers will he short of Executives for the opening ceremony on Friday.Again some volunteers have also pulled out in fear of spike in Covid-19 cases in Games Village.So far over 60 Covid-19 cases related to Tokyo Olympics have been confirmed.Over 10000 athletes will be arriving in Tokyo in a few days.This apart from support staff,physios,media personnel.This may lead to further surge in Covid-19 cases.In latest developments health officials have already stated bio bubble created in Village has been broken.

Now lies the second side that despite all the criticism,overload on health system in Games Village,Olympics is happening.IOC President Thomas Bach has asked Japanese public to welcome athletes from other parts of the world.Measures to contain the spread of virus include mandatory mask use,social distancing,no hand shakes or hugs by athletes before and after their respective events.Further breaking tradition,medallists will have to put their medals around their necks themselves.Medals will be brought in a tray in front of athletes on the podium by a person with disinfected gloves.Olympics will be held without spectators.IOC gets 75% of revenue from television rights.So there will not be much loss for governing body.Athletes struggle every 4 years with hard work,sacrifice to win a medal for the country.Many have reached Olympic Village and will be eager to showcase their skills in their respective fields when Games get underway in few hours.It will be a success for both IOC as well as Japan if they conduct Olympics smoothly without any major hiccups.More significantly,it will be hope of reunion when the entire world is battling pandemic.It will be termed as victory over all odds. 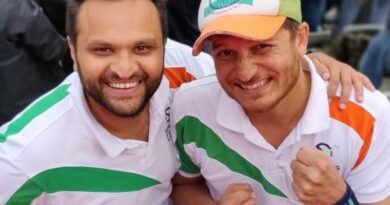 Who will be on top of medal table at Tokyo Olympics?