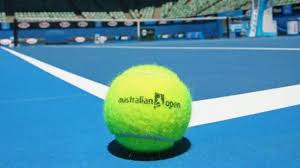 We all love fairy-tales, don’t we? Hope does funny things to human beings and it does make a riveting story that an athlete a month short of forty, at an age where most mortals hang up their boots and put their feet up, is hunting down an unlikely chase for his twenty-first grand slam, at an arena that is basked with his glorious achievements.

It was always a romantic notion to even think of believing such a story, my emotional heart did try to sell this to my practical brain, but at the back of it, writing was always on the wall. Roger Federer for once, proved that he was human too, after his ageless wonders. Emotional heart tried to egg him on, it got a glimmer of hope in the second set, when Federer was a break up, but in an unlike Federer fashion, he let that slip away from his grasp, hanging on tooth and nail, set went to the tie-breaker, at 3-2, moment of truth dawn upon him, when he slipped on a volley with an open court in his embrace, it was as if the fate conspired against him. What if he had made that point and levelled the set, who knows, maybe that would be have re-ignited Federer? Unfortunately, ifs and buts have no place in elite sport.

“Do you still think, he has it in him to stage a comeback”, Practical brain asked my emotional heart brimming with confidence, “He is Roger Federer, let us not write him off. He will dig deep into his inner reserve”, came a lame reply, trying valiantly to be heard. “As expected from a passionate fan. Age has caught up with him, he will lose in straight sets”, practical brain not willing to budge. As it turned out, it was a pain watching the third set for my emotional heart. All those memories from previous Grand Slam finals just mirrored in from my teary eyes.

The eyes couldn’t believe the hiding he was getting, as it had got used to this bad habit of seeing Federer dismantle the very best on this holy turf. Federer’s tranquil demeanor didn’t show any anguish, although it was evident that he was seething with frustration from inside.

He quietly soaked in the applause from the Wimbledon faithful, and quickly charged his way into the dressing room. He had lost matches previously, Berdych happened in 2010, Tsonga happened in 2011, Kevin Anderson happened in 2018, but those were side-stepped as upsets. This straight defeat will ring in the ears until the bitter pill has sunk in completely.

Roger Federer is an emotion for his fans, and they have rode the waves of ebbs and flows with him, be it the gut-wrenching loss to Nadal in the 2009 Australian Open Final, or the Wimbledon 2019 heartbreak, where he had one hand on the trophy.

My ultra-optimistic heart hopes this is not the final chapter of his illustrious career, as it would be such a shame that this match turns out to be his swansong on this hallowed court, paradoxically ending his supremacy with a ‘bagel’.
Irrespective of when he decides to call it a day, let us tip our hat off to one of the three Gods of tennis, incarnated in human flesh, for providing an escape from reality with his poetry like tennis, which took us to places beyond imagination. His absence will certainly leave a vacuum in our lives, and the future generation would be starved of a champion who was born to rule the heart of tennis aficionados. 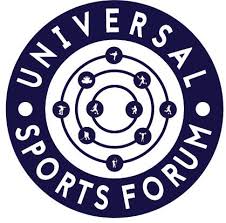