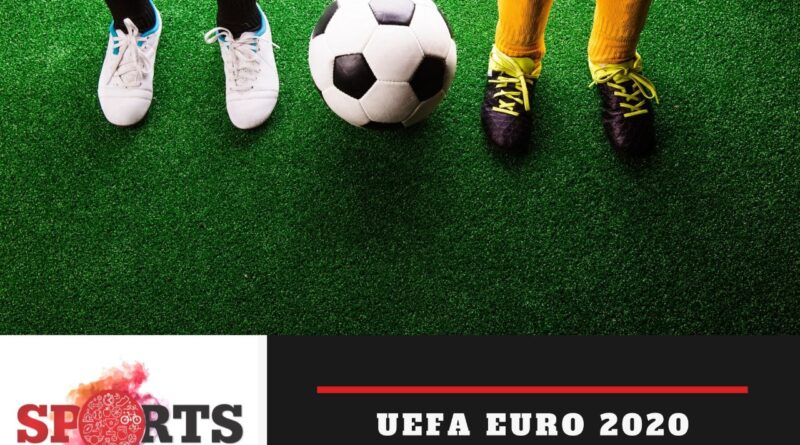 Yesterday we saw good footballing encounters between Austria and North Macedonia in Romania and England vs Croatia in London. Both the matches had some amazing football on display and there were quite a few instances of individual brilliance from each team. In Romania, Austrian came out on top with Lainer,Gregoritsch and Arnautovic getting their names on the score sheet while the North Macedonian skipper, Pandev ,was on the sheet for his team. In England , Raheem Sterling got on the score sheet in front of the home crowd for the 3 lions. Both these games were evenly contested till the half time mark .

England would be eyeing their revenge against Croatia ,who knocked them out in the 2018 world cup semi finals. They walk onto the field as favourites with a pretty young but strong team. England start with Jack Grealish their best player in the pre tournament friendlies on the bench. Gareth Southgate gave tournament debuts to Tyrone Mings,Declan Rice, Mason Mount and Phil Foden. The 3 Lions have a history of never winning their opening game at the Euros and would be looking to change that tonight having home advantage at the Wembley where they have never lost a major tournament game. Croatia , on the other hand haven’t lost their last 5 Euro openers and have lost just 2 of their last 11 games at the Euros.
Both the teams had a good start with each side having a go at the other’s goal in the opening few minutes. It was a decent first half for both the teams with England being a bit more superior in terms of chances. The defense of both the teams has been solid and neither side looked to let the other get by easily. Kalvin Phillips’ amazing run in the centre and accurate pass to Raheem Sterling helped England in breaking the deadlock and open the scoring in the game. Croatia tried hard to get an equalizer but couldn’t get past the English custodian. The match also witnessed history being created as Jude Bellingham became the youngest player to feature in the Euros and for England in any major tournament , emulating Michael Owen and England winning their opening game at the Euros for the first time ever.

North Macedonia scripted history by qualifying for their first ever major tournament by beating Georgia in the play off to secure their qualification. On the other hand Austria also too haven’t had memorable Euro ,never having won a game in their 6 attempts. Austria last won a game in a major tournament back in 1990 against USA , they would surely be looking to change their record against the first timers.

Austria opened the scoring in the 18th minute through Lainer who finished beautifully from a tight angle to give Austria the lead. However the lead was to be short lived as North Macedonia equalized in the 28th min on the back of a horrible mistake by Hinteregger. The first half was otherwise quite uneventful apart from the 2 goals. North Macedonia ended the first half with a psychological advantage over Austria. Austria seemed to be out of ideas for breaking through in the final 3rd until Gregoritsch poked a wonderful cross by David Alaba past the keeper to get Austria lead again. This goal brought Austria back to life and they started attacking with more intensity and it finally paid off when Arnautovic scored in the 89th minute courtesy a poor clearance which also helped Arnautovic redeem his poor first touch a couple of seconds ago. Austria get their first ever win in the Euros. A real test lies ahead for them when they face Netherlands next .

Netherlands vs Ukraine
The Dutch embark on their first ever Euros in 9 years having failed to qualify in 2016. Ukraine on the other hand topped the group in the qualifiers beating Portugal 2-1, a stark contrast to their last Euro outing wherein they had lost all their matches .
Memphis Depay came close to scoring in the 2nd minute of the game , but his shot was too tame and straight at the keeper.

The Dutchmen pressured the Ukranian defense and forced their custodian to make vital saves since the word go. The hero of the first half was the Ukranian keeper who made vital and great saves to keep the Dutch at bay and his team in the game. Netherlands would feel unlucky to not having scored . The second half began was eventful with 5 goals being scored . The Oranje skipper Wijnaldum was the one to break the deadlock when he latched on to a clearance from the Ukraine keeper and slotted it home for the Oranje. Ukraine staved off wave after wave of the relentless Oranje attacks before finally conceding. Netherlands doubled their lead in the next 6 minutes as Weghorst ,courtesy a defensive error by Mykolenko who fails to clear the danger at the near post. Yarmolenko got Ukraine back in the game by scoring a stunning curler. 4 minutes later Ukraine equalise through Yaremchuk who provided the assist for the 1st goal. The 2 goals in a space of 4 minutes put the Oranje under tremendous pressure as they had lost their 2 goal advantage . Just 5 mins after Ukraine equlaised , Netherlands regained the lead through Dumfries who headed a cross by Nathan Ake past the diving Buschchan. The Netherlands will be thanking their stars for getting away with 3 points but they have a lot of work to be done at the back and Frank de Boer wouldn’t be a happy man after his team’s performance today . Ukraine have a lot of positives to take away from today’s game.

This is Scotlands 3rd appearance at the Euros. The Czechs were crowned champions in 1976 beating West Germany 5-3 in on penalties. They also finished runner ups in 1996 , losing to Germany 2-1. Scotland head into the game with a superior H2H of 3-1 against the Czech, their last loss against them coming way back in 2010.The Scots have a great attacking midfield ,all of whom are in great form and impeccable touch. The Czech also have a pretty good attack. It will be testing times for the back lines and the keepers from both the teams . This game is definitely a must watch for some exciting football, although the Scots are favourites, it would be a great contest to watch.
Sports Nasha Prediction : 2-0 in favour of Scotland

Poland took 48 years to qualify for the Euros, during which time they managed to attend 5 FIFA World Cup finals , coming runner ups in 2 of them. They finally qualified in 2008 where they finished at the bottom of the group table ,a feat which they repeated in the 2012 edition when they were the Co – hosts. They advanced to the KO stages in the 2016 edition losing to Portugal on penalties in the quarter finals. On the other hand this is Slovakia’s 2nd appearance in the Euros since the disintegration of Czechoslovakia . In the 2016 edition they lost to Germany in the Round of 16. Robert Lewandowski is definitely the player to watch out for , he has been in sterling touch and has been a goal machine for his club. Both the teams have players who have been in sublime touch in the recently concluded season. All in all we have another great contest on our hands tonight.
Sports Nasha prediction : 3-1 in favour of Poland

Spain vs Sweden
This is Spain’s 10th outing at the Euros , having been crowned champions thrice earlier . The squad has been marred with controversy since day 1 when they left Talismanic star Real Madrid defender and Spain captain Sergio Ramos out of the Squad which shocked many around the globe. With Sergio busquets being diagnosed with COVID, the entire squad was put under quarantine and Spain U-21 squad was called as back up . This tournament is going to be a testing one for the Spaniards. On the other hand this is Sweden’s 7th outing in the Euros without much success. Their best finish was 4th place in 1992 when they lost to Germany in the Semi Final. Since then they haven’t been able to create much of an impact. 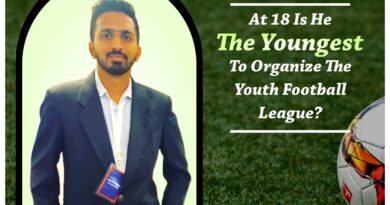 He is probably the youngest to start a youth football league !