Cricket
June 17, 2021June 17, 2021 Shirish
Tomorrow India will be up against New Zealand in the final of the inaugural edition of the World Test Championship. In the lead-up to the event the Indians will have a selection headache, as it will be tough to choose five bowlers from a bunch of talented lads. In the recent past a lot of bowlers, including the likes of Shardul Thakur, Mohammed Siraj, Washington Sundar and many others, have performed exceptionally well in the purest format of the game for India.
Ishant Sharma, Mohammed Shami and Mohammed Siraj are likely to be  battling for two places, while Jasprit Bumrah is the assured starter in the pace department. The pitches in England are known to favour the seamers. However, India may go with two spinners and three pacers, as the inclusion of Ravi Ashwin and Ravindra Jadeja will bolster the Indian attack.
The fans and voices in the cricket world believe Siraj’s emergence and promise pose a threat to Sharma and not Shami as a potential new entrant into India’s first-choice Test attack for foreign conditions. It was not Shami but Sharma that wider cricket lovers on social media felt could lose out on his place to the in-form Mohammed Siraj.
Ishant Sharma in his last two Test tours to England has 32 wickets from eight Tests at an average of 25.56. Mohammad Shami from 2014 and 2018 has 21 wickets from eight Tests at a disappointing average of 47.04 per wicket. Since the end of the 2014-15 tour of Australia, Ishant Sharma has been magnificent for India, with 95 wickets at 25.07. In only one country, which happens to be India, he averages 36.33 against non-Bangladeshi opposition. He averages 23.81 in Australia, 24.27 in England, 18.75 in South Africa, 23.23 in Sri Lanka, 20.63 in West Indies and 15.20 in New Zealand. All that means Sharma has an average of less than 30 in this period, which is fantastic.
Ishant Sharma has been one of India’s most threatening options up front with the new ball, especially against left-handers. New Zealand have two in the likes of Tom Latham and Henry Nicholls or maybe even three if they play Devon Conway. So possibly they have three in the top six of their batting line-up. As such, Sharma’s place is a difficult one to question.
Shami is a world-class fast-bowler who is seldom questioned and hardly ever criticised. He’s more of a lock in the Indian Test-playing XI than even Sharma, but there’s still a huge difference between his first and second innings bowling averages – 38.76 in the first innings to 19.22 in the second, often a stat that goes against him in away Tests in the last three years. During the 2018 series in England, in conditions that couldn’t be more suited to pacers, he was poor in the first innings, when most Test matches are decided. He averaged 37.66 for just nine wickets with an economy of 3.36. Shami ended the five-match series with an average of 38.87 when other bowlers enjoyed success.
Shami is helpful to a degree when the tracks deteriorate in the second half of the game, he gets into games and adds scalps to his bag, But those wickets only help him improve his numbers, they don’t help India’s cause. He is found wanting from an end in the much more significant first half. Shami and Sharma have been integral parts of India’s Test bowling attack in the last three years and Siraj’s opportunity in Australia would not have come if all three quicks were available. However, Siraj has grabbed his chance and brings a wide range of skills with him. His swing, seam, leg cutters and reverse swing come naturally to him, and with the addition of the outswinger makes him a potent threat for the opposition.
In his short career, in terms of pure skill Siraj has shown greater strings to his armoury. Despite his unorthodox, slightly slingy action, he has looked in control playing Test cricket against batsmen of high quality. The set-up of Joe Root on an Ahmedabad wicket and the wider release point he used to dismiss Marnus Labuschagne in Australia talks of a thinking bowler truly aware of his skills and having the ability to execute them to perfection.
With Jasprit Bumrah a sure starter, you have to wonder why it is Siraj versus Sharma heading into the WTC final and not Siraj versus Shami for the role of the third paceman against New Zealand. Siraj offers a more exciting option that the Kiwis haven’t seen quite a lot of. The fast bowler is also riding a crest in the early half of his career.
The World Test Championship final could be a massive Test for Siraj, but he has already shown he can step up on the big stage.
By Paramdeep Rathee 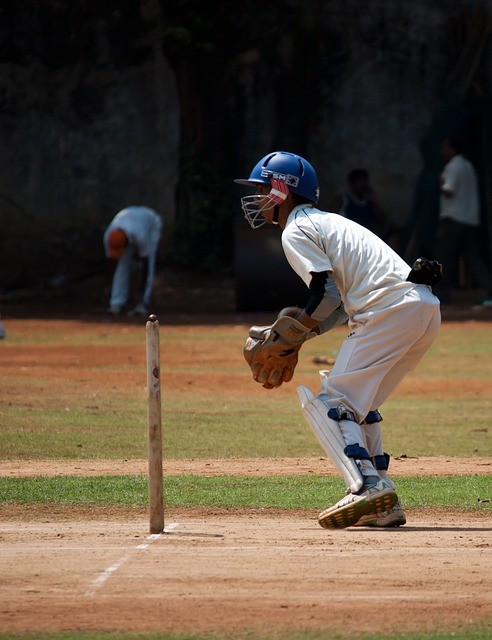 Why Parthiv is the Best Wicket Keeper of all time?