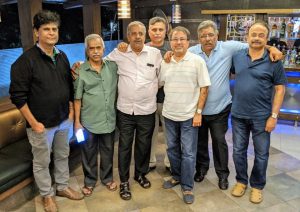 When 55 Paise was prize money for a winner team in a cricket match….