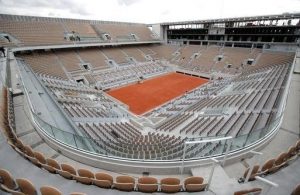 Rafael Nadal and Novak Djokovic will meet in the final of Rome Masters on Sunday.Top two seeds have always given tennis fans memorable matches to witness.Both players had contrasting wins in the semifinals.Nadal eased past Opelka in straight sets.World no.1 Djokovic needed 3 sets in both quarterfinals and semis- both matches were completed on Saturday.

No two men have ever played against each other so many times in tennis before.Nadal and Djokovic have played each other on record 56 times with Djokovic having slight edge in wins- 29-27 against Spaniard.Serbian also leads 15-12 in finals.Nadal however leads 10-6 in Grand Slam finals.

Rafael Nadal and Djokovic have won 14 out of the last 16 Rome Masters titles.Nadal owns better (5-3) record in the Italian capital.

Novak Djokovic must remain fully fit after playing over 6 hours in the past couple of days.Nadal on the other hands needs to maintain good first serves and ferocious forehand to put Serbian on the back foot on Sunday.Past meeting between the two rivals was also played on clay when Nadal crushed Djokovic in the final of French Open last year.Djokovic needs to be mentally and physically strong to counter Nadal onslaught on clay if he has any hope in the final. Nadal has won 92% of his matches on the red dirt in his career.

It will need something special from Nole to dismantle Nadal in Rome on Sunday.Nadal is likely to get better of Djokovic in straight sets and win record extending 10th title at Rome Masters.Nadal is also gunning for his 88th career title and 62nd on clay.