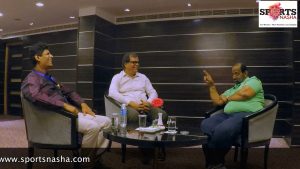 If one looks at top ten run getters in Test Cricket history,  probably might not find Don Bradman, Garry Sobers, Viv Richards, Greg and Ian Chappel, Alwin Kalicharan, Graham Gooch, Zaheer Abbas  and many other genius who have been arguably better players than those in the list. One such player who we thought  whom all of us adored and whom  critics would put ahead of top Indian superstar batsmen. GR Vishwanath the man who rules every heart in cricketing world. Like everybody, we had followed Vishy (as everyone calls him lovingly) in more than ordinary way since his début.

In the decade of 1970 to 1980 Indian had not won any match where Vishy had failed to make major impression. In the  history of cricket there may be GODs of Statistics but very few could be called GODs OF CRISIS and VIshy could have topped the list in the era he played.

The downfall of West Indies began after 1983 world cup but their invincibility was challenged only by Australia and then India in 1974-75 series when we beat them in consecutive two test matches to equal the series 2-2 from behind. West Indies losing was lesser possibility than moon shining brighter than Sun in those days.  And in both those matches, first wall of India Sunil Gavaskar (with due respect to Rahul Dravid) did not play due to injury. Vishy single handedly thwarted the lethal invention Andy Roberts and his ruthlessly brutal associates on dicey wickets, fearlessly.

Then began the last Test of historical series . It was a inagural  match for Wankhede Stadium, Mumbai and the cricket fans were treated with six days extravaganza with Sunny Gavaskar, darling of Mumbai fans  and Gundappa , heartthrob of the series,  in full form against  battery of fearsome West Indian pack  .

“When Vishy got out in second innings with a beauty from Holder , we could smell a Victory” Clive Lloyd West Indian Captain said in after match speech.

The cartwheeling stump of GRV by holder in the last innings of the series must be the most treasured memory for supreme leader of world champions till date.

“ Our first aim was to save our heads,protect our body, it was unthinkable to score few runs also, where Vishy scored a smashing  hundred “ Indian batsman who could not score ten in entire match after getting umpteen blows on the body, was talking about Vishy’s prowess, when first little master of India took match away from West Indies again in another match of another series in Madras on a graveyard of batsman.

Can anybody defend a GOOD-LENGTH BOUNCER? Leave alone dispatching  the one for boundary.    Great Vishy could manage such ultra impossible contradictions . Vishy was articulate, and his specially designed made to order strokes  were treat to watch .

“I used to play half cut half drive like this” Vishy showed us practically how he executed the stroke and still found a pleasure in turning his strong wrist.

Many many short stories of cricketing marvels about Vishy could be narrated which our generation was lucky to eyewitness .

“Vishy was late cut expert and square cut specialist” It is a common one line reaction of  a Cricket lover . But Vishy was not just that but a something much more .

At the cost of being called one of those recklessly crazy Vishy fans, may we politely submit that, GRV was not just   a classy  three hour  entertaining  bollywood classic but without doubt the  greatest game changing champion and turn around king of  Indian Test Cricket of all times.

As such, many recordings of GRV innings are not available, it is a sad but true. Hence, it is our effort to let young generation get the glimpses of a parallel Sun(ny) of Indian cricket. Gavaskar with his ultimate copybook  technique made India believe “ We can draw this one too” , while Vishy with his  out of book shots   surprised the pessimist Indian Cricket fan who started to dream “We will win this one too”

Record of fourteen centuries , thirty five fifties and average of about 42 in Test does not justify the class of this artistic genius .

When Vishy played and Vishy won, most of the times it was match and on every occasion Cricket lovers’  hearts.

Guys, making available one of the few teaser’s of interview for you. Full interview where, Vishy has spoken about almost each of his Test Series will be  published  on a T.V.Channel and also on our website soon.