India A in Pursuit of tricky target 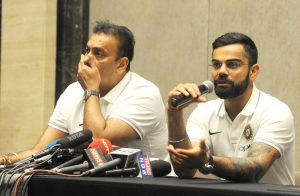