Although cricket has predominantly become a batsman’s game with all the powerplay rules and field restrictions in place, the format has still produced some match-winning bowlers, who have consistently kept the batsmen on their toes, despite the obvious advantage in favor of the latter. Batsmen are crowd favorites in cricket, but bowlers win Test matches. It doesn’t matter how many runs batsmen score. If bowlers fail to bag 20 wickets, the game will end in a draw. In the limited-overs formats (ODIs and T20Is), teams win based on how many runs they score. Although picking up wickets can change a game, bowlers who contain batsmen by preventing the run flow also come in handy.

In this segment of Sportnasha we will talk about the top 50 bowlers in Cricket. Every article will consist of four bowlers. We will try to figure out why they are the best. So here we go…….
50. Abdul Qadir – Abdul Qadir carried leg-spin on his shoulders during the late 1970s and 1980s, an era which was dominated by fast bowlers. Qadir had an ordinary Test debut against England in December 1977, where he scored 11 with the bat and took a solitary wicket of England s No. 11 Bob Willis. He was brilliant in his ODI debut against New Zealand at Edgbaston during the 1983 Cricket World Cup. With his all-round performance of 12-4-21-4 and 41 not out, also the top score of Pakistan s innings, he was adjudged the man of the match, albeit in a losing cause. Before the master of leg spin Shane Warne arrived on the international scene, Qadir was known as a wizard of spin bowling, mainly because he was the flag-bearer of the rare art in the era dominated by fast bowlers. Warne has emphasised on the fact that Qadir was the inspiration behind his rise.

Widely regarded as the best spinner of his generation, Qadir was included in Richie Benaud’s Greatest XI shortlist of best players across countries and eras. Graham Gooch had also once famously said that “Qadir was even finer than Shane Warne”. He was a magician with the ball and had six different deliveries per over in his arsenal. He also had two googlies, the top-spinner and the flipper. With the rise of  Mushtaq Ahmed, Qadir faded away in early 90s. He played his last Test in 1990 at his home ground and wasn t considered for World Cup 1992 that Pakistan won. He earned a surprise recall in Pepsi Champions Trophy, Sharjah as late as in 1993-94. He picked up a wicket against West Indies but twisted his ankle during his eighth over against Sri Lanka and never played international cricket again.

49. Rangana Herath – Few people know that Rangana Herath played for Sri Lanka for almost 20 years. He debuted in 1999 and was retired in 2018. Rangana Herath was a disciplined left-arm spinner who will keep digging until the batsman makes a mistake and gives it away. He was Largely overshadowed by Muttiah Muralitharan during his career, Herath got his fair bit of chances after the retirement of Muralitharan. In fact, he showed his best form after Murali’s retirement and became Sri Lanka’s test squad’s most lethal weapon and spearhead of their bowling attack.
On 11 March 2017, Herath surpassed 362 wickets by Daniel Vettori to become the most successful left-arm spinner in Test cricket history. Some of his standout performances include figures of 9/127 against Pakistan, the best figures for a left-arm bowler in test cricket and his spell of 5/3 against New Zealand guided Sri Lanka to the Semi final of the T20 World Cup. Sri Lanka eventually won the tournament and Herath’s spell was named the Wisden Men’s T20I spell of the decade in 2019.

On 23 October 2016, Herath was announced as captain of Sri Lanka for the tour to Zimbabwe because the regular captain Angelo Mathews was injured. With this he became the oldest Sri Lankan player to lead a Test team for the first time and from any country since Tom Graveney in 1968. He took 19 wickets in the series which is most by a captain in a two-match series. In the second Match of the Series He becomed Third bowler to have taken a five-wicket haul against all Test-playing nation after Dale Steyn and Muttiah Muralitharan. On 6 November 2018, he played for the final time for Sri Lanka at Galle, the ground where he debuted in 1999. In the first innings of the match, he became the third bowler to take 100 Test wickets at the same venue, when he dismissed the England captain Joe Root. In  2014 he was also in the ICC test XI due to his great performances.

Country: Sri lanka
Career span: 1999-2018
Career stats in Tests: 93 matches, 433 wickets, 28.07 average, 60.0 strike rate, 2.80 economy, 9-127 best bowling, 34 5wicket-haul
Career stats in ODIs: 71 matches, 74 wickets, 31.91 average, 43.8 strike rate, 4.37 economy, 4-20 best bowling, 0 5wicket-haul
48. Darren Gough – At Old Trafford against New Zealand in 1994, Gough made one of the most sensational Test debuts of modern times. He took a wicket in his first over and had figures of 4-47. Earlier, he had gone out and hit a rousing 65, with 10 fours. He was 23 years old. Everyone yelled “New Botham”. That winter, with England having been humiliated in the Melbourne Test, they went to Sydney looking hopeless. One young man took the game by the scruff. England 309 (Gough 51, and a thrilling 51 at that). Australia 116 all out (Gough 6-49). The Test was not quite won, but its hero was suddenly the hottest property in English sport. He was young, good-looking, an authentic Yorkshireman with that air of sleeves-up defiance which the nation adores. Gough was the chief architect of England’s four consecutive Test series win in the 2000-2001 season. He was named Man of the Series in two of the mentioned series as well, against West Indies and Sri Lanka. The former Essex bowler was the first England bowler to take 200 wickets in ODIs. Injuries cut short his career, and he had to retire from Tests at the age of 32. He was the first English bowler to master reverse swing and used pace variations to good effect. Having reached the end of his Test career with 229 wickets at 28.39 from 58 matches, Gough continued to don the light blue England shirt to weigh in for ODIs. But after a few listless years the selectors refused to pick him for the 2007 World Cup, ending his career with finality. Even then he finished with 235 wickets, the most in ODIs for an Englishman at that time.

Country: England
Career span: 1994-2006
Career stats in Tests: 58 matches, 229 wickets, 28.39 average, 51.6 strike rate, 3.30 economy, 6-42 best bowling, 9 5wicket-haul
Career stats in ODIs: 159 matches, 235 wickets, 26.42 average, 36.0 strike rate, 4.39 economy, 5-44 best bowling, 2 5wicket-haul
47. Daniel Vettori – In an era that was dominated by an unspoken competition between two wizards of spin — Australia’s and Sri Lanka’s — it was hard to turn one’s attention and take notice of a third one, more so a left-arm spinner from New Zealand. Came from a land where wickets were tailor-made for the fast bowlers. Frequent rainfalls ensured that moisture and dampness would feature more often than not, making it hard for a spinner to operate. Yet, Vettori has been exceptional. Vettori capitalised his spot in the team by capturing 100 test wickets at the age of 21 to become the youngest test cricketer to do so. In 1999–2000, he took 7/87 and finished with career best innings figures against Australia at Auckland, and career best match figures by taking 12/149. He became the first New Zealand cricketer to have taken a dozen wickets in a Test on two occasions. He is also the leading run scorer in test history while batting at number 8 position or lower. He is New Zealand’s most capped test and ODI cricketer and with his all round performance is regarded as one of the greatest cricketers of all time. Vettori remains one of the only three cricketers to have reached the double of 300 Test wickets and 4,000 Test runs, alongside Kapil Dev and Ian Botham.

In all, he took 705 wickets in international cricket, 116 more than Sir Richard Hadlee, whom he toppled to become the most successful bowler from New Zealand. New Zealand Cricket has also retired spin legend Daniel Vettori’s jersey no. 11 as a mark of respect to the much-admired former captain’s achievements. He also is the most successful left-arm spinner and accounted for 705 scalps across three formats. His bowling average could be misleading, though, since he averages above 30 in both ODIs and Tests. But it’s due to the lack of support he got from the other end. When Shane Bond, one of the fastest bowlers of his time, was in the playing 11, Vettori’s bowling average rose to 24.74.
Country: New Zealand
Career span: 1997-2015
Career stats in Tests: 113 matches, 362 wickets, 34.36 average, 79.5 strike rate, 2.59 economy, 7-87 best bowling, 20 5wicket-haul
Career stats in ODIs: 295 matches, 305 wickets, 31.71 average, 46.0 strike rate, 4.12 economy, 5-7 best bowling, 2 5wicket-haul
More to follow…….. 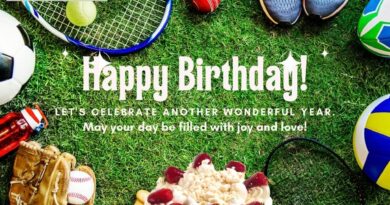 Born on 3rd July and 400 plus Test wickets for these 2 bowlers.

Domestic Performance is no guarantee for Indian Cricket spot -but this cricketer proved it wrong!!!