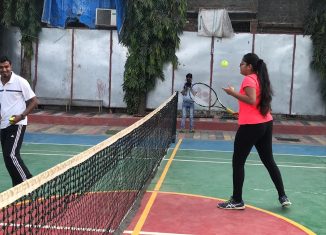 Rafael Nadal and Novak Djokovic meet in French Open final on Sunday.This will be their 9th meeting in Grand Slam finals with each player winning 4 times.Two legends continue to prolong their healthy rivalry on tennis courts.Tournament formRafael Nadal before entering his 16th French Open,had many challenging players in his half.However likes of Fabio Fognini,US Open runner up Alexander Zvetev and two time Roland Garros finalist Dominic Thiem all bowed out thereby clearing Nadal’s march towards another final in Paris.Nadal was given some fight by teenager Jannik Sinner in quarterfinals in the first set.Diego Schwartzmann pushed him to a third set tiebreaker in the third set.King of Clay is yet to drop a set in the tournament before reaching his 13th Roland Garros final.As far as Novak Djokovic is concerned,he seems to have recovered from US Open default few weeks ago.He beat Pablo Carreno Busta after losing the first set in his quarterfinal.He was stretched to five sets by young Stefanos Tsistipas in the last four.Serbian reached his fifth French Open final this time.Head to Head StatsWorld no.1 Novak Djokovic leads Nadal 29-26 overall.They have played record 55 matches between them.Nadal has so far won 19 Grand Slams whereas Djokovic has 17 majors in his kitty.Nadal has won their past three matches on clay.Nadal also has 9-6 edge in Slams.However more significantly,Djoker has won 14 out their past 18 encounters.But Nadal has 17-7 healthy lead in matches on red clay between the two.Djokovic is only one of two men to have beaten Nadal at Roland Garros with his victory at 2015 French Open quarterfinals.Djokovic has won major in Paris only once in 2016 while Nadal is 12 time champion at Ftench Open.ConditionsFrench Open has been rescheduled from spring of May to autumn in October.The cold and humid conditions give advantage to Djokovic style of play.Balls used this time are also heavy giving Nadal plenty of concerns regarding his playing as Spaniard likes hot conditions enabling him to use his top spins with good effect.HistoryWhoever wins the final on Sunday,history will be made.If Nadal wins,not only it will be record extending 13th French Open title,but more importantly he will catch Federer with record equalling 20th Grand Slam title.If Djokovic prevails,he will become only the second man in Open era to win all four Grand Slams twice in his career.He will also enter in the debate of ‘GOAT’ by winning his 18th major.PredictionNadal is slight favourite in the final considering his incredible record on Parisian Clay.Djokovic seemed to have fitness issues as he was having trouble with his neck during last eight clash against Busta.Further,time spent on court will also be a factor as Nadal is fresh and giving all his blood on the court on Sunday.However Nadal must overcome his mental block against Novak as their recent matches have been won by Djokovic Serbian thrashed Nadal in 2019 Australian Open final.Will history repeat itself at Roland Garros with Nadal in search of his 100th win at French Open?Or Djokovic lifts his second French Open title and silence his critics after his US Open controversy?Blockbuster final is on the cards.