Kenya as a cricket playing nation is a thing of the past now, and these days they are almost a non-existent cricket team and infact lost their ODI status in the 2014 Cricket World Cup qualifier. However, after getting their ODI status in 1996, the Kenyan cricket team rose to popularity in world cricket in 2003 World Cup. The script to this success was written by the leadership and brilliance of Steve Tikolo, widely regarded as the greatest Kenyan ever to play the sport. Under Tikolo’s captaincy Kenya reached the semi-final of that World Cup. They beat sides like Sri Lanka, Canada, Bangladesh and Zimbabwe to reach the semis, where they lost to India.
Tikolo came from a cricketing family with his oldest brother Tom being a former captain of Kenya while his other brother David Tikolo played in the 1996 Cricket World Cup. He was the best among all cricketers from his country. Making his debut in 1996, Tikolo made his One-Day International (ODI) debut against India at Cuttack in the World Cup 1996. He was the saving grace for the Kenyan side. Batting at No 3, he scored a confident 65 from 83 balls. No other batsmen crossed the 30-mark as Kenya struggled to 199 in a match that India won by seven wickets. In one of the greatest cricket upsets of all-times, Kenya pulled off a win against West Indies at Pune in the World Cup 1996. Kenya scored 166 and West Indians were bowled out for 93. Tikolo was the highest scorer in the match with 29, in fact he had hit the solitary six of the match.
In 1998 at Gwalior, Kenya pulled off an upset in the Tri-Nation Tournament against India. Tikolo managed only 21 with the bat, but with his handy off-spinners registered figures of 10-0-23-3. His scalps included India’s top scorer Rahul Dravid, Robin Singh and Jatin Paranjape. Kenya registered their maiden win against India by 69 runs.
Tikolo played for Kenya for 18 years before retiring in 2014, incidentally the exact same time when Kenya had the ICC ODI status. He led the Kenyan side in the 2003 World Cup and played 5 World Cups in his cricket career. This batting all-rounder holds the record for the highest runs (3428) for Kenya and second highest wickets (94) in ODIs. Tikolo’s dominance of Kenyan cricket, is well highlighted by the fact that he holds six of the nine highest scores by a Kenyan batsman in ODIs. After announcing retirement post the 2011 World Cup, his love for the sport and his country brought him back to play in the 2013 ICC World T20 Qualifier at the age of 42.
Tikolo’s leadership in the players’ strike against Kenyan Cricket Board after the 2004 ICC Champions Trophy led to a new cricket management regime in Kenya. This ICC Associate ODI Player of the Year (2007) also made his place in Africa XI in 2005-06, and also played in England and South Africa in some domestic leagues. After his retirement, he took the responsibility to train the upcoming cricketing nations in Africa, and coached Kenya, Kenya U-19 and Uganda.
Steve Tikolo is on of the most resilient cricketers on the international scene and has been a valiant warrior for Kenya. It is not easy to play for the minnows year after year, to retain enthusiasm in the face of repeated defeats, and to keep performing consistently, often brilliantly. And yet Tikolo did it with aplomb. A delightful strokeplayer on his day, Tikolo was also one of the most dignified on and off the field and a true role model for those who constantly find themselves up against the odds.
Steve Tikolo comes from a nation where cricket is nothing less than a struggle due to immense internal politics and yet, he got his name written in the world cricket history forever. Hats off to this ultimate legend of the sport. 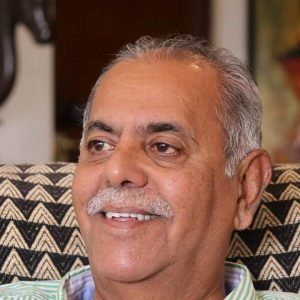