Skip to content
You are here
Home > Marathon > Run to the Moon’ clocks 9,08,800 kms; raises Rs. 19 lakh for unsung warriors of Indian sport 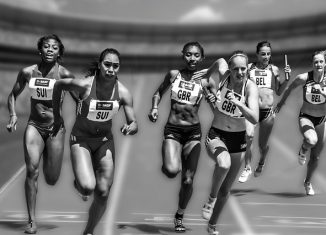 Mumbai, July 23, 2020: The ambitious ‘Run to the Moon’ conceived by IDBI Federal Life Insurance and NEB Sports concluded on Tuesday, with the 14,000 runners from different parts of the world covering a phenomenal distance of 9,08,800 kilometres  over the 30-day span.

Spearheaded by India’s national badminton coach Pullela Gopichand and Arjuna Awardees Ashwini Nachappa and Malathi Holla, the Run was aimed at raising funds for needy coaches and sports support staff in the country who have been struggling to make ends meet in the aftermath of the Covid-19 pandemic.

The participants were given a collective target of 3,84,400 kilometres, the distance between the earth and the moon, to be accomplished by July 21 to mark the 51st anniversary of man’s first landing on moon; but together, they all ended up covering the distance twice over, completing the first leg on July 6 and repeating that feat on July 18.

“I would like to congratulate all the runners for getting to the moon and coming back, covering a distance of over 9 lakh kilometres in just 30 days,” Gopichand, a Dronacharya Awardee himself, said. “The commitment shown for their own health and for contributing to help those who have been hit by the coronavirus pandemic crisis is truly touching. I thank each of them from the bottom of my heart,” he added.

“Each and every runner who has contributed for the unsung warriors of Indian sport has shown that his or her heart beats for Indian sport,” Vighnesh Shahane, MD & CEO of IDBI Federal Life Insurance and a former Mumbai Ranji Trophy player himself, said. “The funds raised through this initiative will be used to help the coaches and support staff across a range of sports including badminton, tennis, basketball, football and athletics. I would also like to whole-heartedly thank and congratulate all the dedicated runners who have collectively managed to run to the moon and back, despite the challenging situation.”

Nagaraj Adiga, CMD of NEB Sports said, “We are overwhelmed with the extremely positive response received from participants who were thrilled to be a part of this initiative. People enrolled their families, especially kids, to get into the habit of walking and running daily. They showed incredible commitment to the cause by running within their housing complexes, early in the morning on empty streets or even on their treadmills indoors, while adhering to local guidelines and maintaining safety protocols.”

Over 350 runners clocked 300 kms during the one-month period, while 800+ runners did 250 kms and 1000+ runners did 150kms; in all, just a little over 6,000 runners hit 65 kms which was the minimum distance required to be covered during the one month to get a certificate and to contribute to the overall tally.

Top corporates included BFIL whose team covered an eye-popping 1.2 lakh kms followed by IndusInd with a collective 39,000 kms. Ultra-runner Manoj Bhat from Bengaluru celebrated the success of the initiative by running 100 kms in just one day.