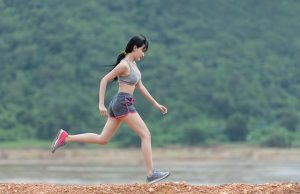 Mumbai, June 25, 2020: As many as 14,000 runners from across 15 countries have responded to IDBI Federal Life Insurance and NEB Sports’ call, lining up to take part in a unique run to raise funds for coaches and sports support staff in India during the ongoing pandemic.

Championed by Team India’s celebrated badminton coach Pullela Gopichand, Arjuna Awardees Ashwini Nachappa and Malathi Holla, ‘Run to the Moon’ will conclude on July 21, 2020 to coincide with the 51stanniversary of man’s first landing on the moon. Running almost simultaneously in different parts of the world, the participants will aim to cover 3,84,400 kilometres, the distance between the earth and the moon, by the big day.

“The ongoing crisis has really hit the coaches and the sports support teams hard. I would like to thank all the participants of ‘Run to the Moon’ who have contributed towards this cause,” Gopichand, a Dronacharya Awardee, said. “Run to the Moon is a great positive initiative during these times and I would like to encourage all the participants to keep running during these 30 days and stay fit and active.” he added.

“We are delighted with the overwhelming response to ‘Run to the Moon.’ It is wonderful to see so many people come together from all over the world to be a part of this unique run,” Vighnesh Shahane, MD & CEO of IDBI Federal Life Insurance and a former Mumbai Ranji Trophy player himself, said. “All the proceeds of the run will go towards helping the coaches and sports support staff. They are the unsung warriors of Indian sport and this is our effort in doing something for the people who really contribute to Indian sport.”

Nagaraj Adiga, CMD of NEB Sports said, “Through ‘Run to the Moon’, we have created a very unique community of runners who have all shown so much excitement to commemorate a historic occasion. We urge all the participants to push their limits and stay committed to their running goals over this month, so that we hopefully achieve the targeted distance many times over.”

Registrations have been received from over 945 cities in India with Mumbai, Bengaluru and Delhi contributing the maximum number of participants. The youngest participant is RishonFernandes, a 10-year-old from Mumbai and the oldest is G Lakshman, an 87-year-old from Bangalore. Multiple entries have come from countries across the globe including Australia, United States, United Kingdom, Bahrain, Finland, Ireland, Japan, Jordan, Malaysia, The Netherlands, United Arab Emirates, Bangladesh and Iran.

Over Rs. 14 lakh has been donated by the participants and the money that has been collected will be handed over to Gopichand’s Badminton Academy, Ashwini’s Sports Foundation and Malathi Holla’s Mathru Foundation; they will identify coaches and sports support staff that require urgent financial help and help them in the best way possible.

As the lockdown is likely to extend for a few months more, those who wish to contribute, even without taking part in the run, can login in to https://click2race.com/#/event/SJ2chUya8

The registered participants can run anywhere they choose. While they don’t need to run every day, over the one month period, they need to clock a minimum of 65 kilometres for their entries to be valid. For their distance to be eligible on a particular day, a runner has to log a minimum of 2.5 kilometres and a maximum of 10 kilometres on that day. The daily distance run will be tracked through the live dashboard on the NEB Sports website.Participants are encouraged to follow the lockdown rules laid down by the Central and State governments, including maintaining social distancing and wearing a face mask. 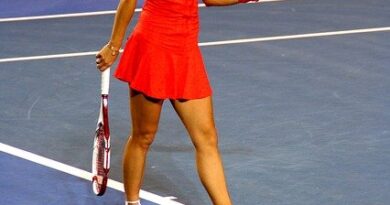 Sports updates as on 12 November 21