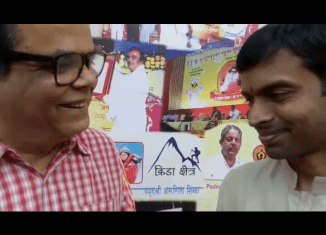 Called ‘Run to the Moon’, it marks the 51stanniversary of man’s landing on the moon on July 21, 2020. The idea behind the run is for participants to collectively cover 3,84,400 kilometres, the distance between the earth and the moon. The run will commence on June 20 and end on July 20 and will see thousands of runners, both professional as well as amateurs, take part across different parts of the country.

“Coaches and sports staff have been hit the most during the lockdown, with virtually no income during the last three months. We hope to raise funds with this initiative to support and sustain the most important link in the sports chain,”Gopichand, a Dronacharya Awardee, explained.

“The current pandemic has seriously challenged the livelihood of coaches and sports staff who make sporting events possible at all levels and sow the seeds for creating champions of tomorrow. Through ‘Run to the Moon’, we hope to not only further nourish the passion for sports in India even during these social distancing days, but also help and support the unsung warriors of Indian sport,” Vighnesh Shahane, MD & CEO of IDBI Federal Life Insurance and himself a former Mumbai Ranji Trophy player, announced.

The registration process has just begun and will continue till June 18. While it is not necessary to run on each of the 30 days, runners have to clock a minimum of 65 kilometres during the one-month period.  Successful finishers will receive a T-shirt, mask and e-certificate. For their distance to be eligible on a particular day, a runner has to log a minimum of 2.5 kilometres and a maximum of 10 kilometres on that day.

Runners can participate at any place of their choice, whether in a park or on the streets, to become part of this vast community. The run is open to all participants in the age group of 10-65 years.

Nagaraj Adiga, CMD of NEB Sports said, “We are looking at creating some positivity through the Virtual Run concept. The idea is to encourage runners both seasoned and beginners to gradually get into outdoor running. The run will be tracked on a tech platform and participants can join either as individuals or as part of a corporate /running group.”

Each participant will have to pay a nominal fee of Rs 100 which will be donated to any one of their preferred institutions, viz Pullela Gopichand Badminton Academy (PGBA), Mathru Foundation or Ashwini’s Sports Foundation (ASF).

Interested runners can register for ‘Run to the Moon’ onhttps://www.nebsports.in/run-to-the-moon/