Mumbai, June 24: India needs a Sachin Tendulkar in every sport to achieve its dream of becoming an Olympic power, vice-president of Indian Olympic Association and president of Athletics Federation of India Adille Sumariwalla said here on Tuesday.

Speaking about India’s chances at the Tokyo Olympics to mark the International Olympic Day during a star-studded webinar organised by Sports For All, Sumariwalla further added: “Every sport probably already has several Sachin Tendulkars. But each of them needs the right platform to showcase his or her talent (and become world champions).”

He agreed that money may or may not buy the country medals but a holistic ecosystem in sport would certainly do so in the long run. “We need the best of both, hard and soft, infrastructure, especially at the grassroots level,” he averred, praising SFA’s  efforts to place emphasis on this aspect.

STAR and Disney India’s Deep Mukherjee, former CEO of CII’s Making India Play initiative, too pushed for a more bottom up approach towards sport in India, encouraging children to play from an early age, without worrying too much about competition.

“Sport is as important as Math and Science. It plays a vital role in helping a child learn and grow. It is probably the most potent weapon in the rise of a developing nation like ours,” he said.

Reality of Sports in India! 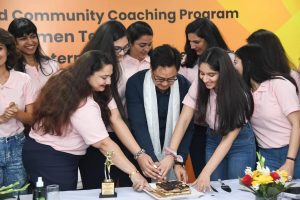