Skip to content
You are here
Home > Cricket > On birthday of Ashish Nehra some Some exclusive stats of his…. 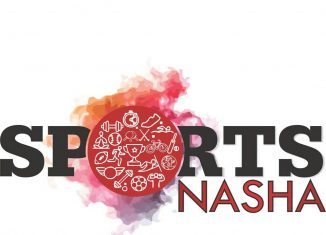 On this day (29 April) happy 41 birthday to Former Indian fast bowler Ashish Nehra. Nehra made his international debut in a Test match against Sri Lanka on 24 February 1999. He is nicknamed as “‘NehraJi'” and ”Ashu” by his teammates and fans. He played his last ever international match in a T20I against New Zealand on 1 November 2017. India won the match by 53 runs, with Nehra bowling the final over.

Some stats and fact about ”Nehraji”:

1. Best bowling figures by an Indian in World Cup and third overall : He took 6 for 23 in 2003 worldcup game against England which is best bowling figures by an Indian bowler in World Cup. Nehra’s figures remain the third best by an Indian bowler in One-Day Internationals (ODIs) after Stuart Binny 6 for 4 against Bangladesh in 2014 and Anil Kumble 6 for 12 against West Indies in Kolkata in 1993.
2. Two six-wicket hauls: Only ten bowlers have taken have two or more six-wicket hauls in One-Day Internationals. Ashish Nehra is the only Indian on the list. Besides registering 6 for 23 against England at Kingsmead Durban in World Cup 2003, he also took 6 for 59 versus Sri Lanka at Colombo in 2005.
3. More ODI wickets than runs: Nehra has more ODI wickets to his name than the runs he scored. In 120 matches, he took 157 wickets but managed to score only 141 runs. Apart from Nehra — among those with a minimum of 150 ODI wickets — only Glenn McGrath, Allan Donald, and Makhaya Ntini achieved this Strange feat. He also had more wickets than runs in Twenty20 Internationals also(34 wickets, 28 runs).
4. Second-best figures in a losing cause: India lost the match, in which Nehra returned with figures of 6 for 59, by 18 runs. These are the second-best bowling figures for India in a losing cause after Ajit Agarkar’s 6 for 42 against Australia in Melbourne, 2004.
5. Reliable death bowler: Nehra has proved to be a brilliant death bowler for india.In 2004, against Pakistan at Karachi, Nehra defended just nine off the last over with an in-form Moin Khan and Rana Naved-ul-Hasan at the crease. Pakistan were chasing 350. Again in 2009, chasing a massive 414, Sri Lanka needed 11 from the last over with Angelo Mathews going mighty . Nehra bowled a seven-run over and won the thriller for India.
6. Five IPL teams : Nehra has played for five different Indian Premier League franchisees in his career. In 2008, he played for the Mumbai Indians, but moved to the Delhi Daredevils (DD) for the next couple of years. In 2011, he played for the now defunct Pune Warriors India for the next two years. Then in 2013 he again went back to his previous franchise DD for a year. In 2014 and 2015, he played for Chennai Super Kings. They were banned from the IPL for the next two years, making him shift his priorities to Sunrisers Hyderabad and he played for them in 2016 and 2017.
7. Third longest career by any Indian cricketer: Nehra’s career is the third longest for any Indian cricketer (18 years 250 days)
8. Bowling from an end named named after him: On his farewell game, Delhi & District Cricket Association renamed one end of the Arun Jaitley stadium (Feroz Shah Kotla Ground) as “Ashish Nehra End” and thus Nehra became the second bowler in cricket history, after James Anderson, to have bowled from an end named after him.