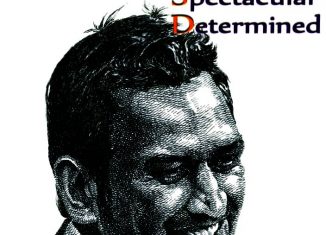 The rocket launched had reached Faisalabad. Oh yes!! That was the next stop of ‘Captain Cool’s’ heroics. Then he was just cool and not the skipper. He was up against the fastest bowler on the planet- the one and only ‘Rawalpindi Express’ akaa.k.a Shoaib Akhtar. Akhtar had already snatched up the ‘Little Master’ and was breathing fire. India was also in a spot of bother and the danger of follow-on was lurking. But the man from Jharkhand had different ideas. He joined hands with Irfan Pathan and both counter-attacked. Akhtar bowled a barrage of short balls and the ball was simply going in one direction towards the square-leg boundary. What a sight it was; awas!!! A genuine fast bowler getting tonked not. Not just once or twice but ample number of times!!!times. This innings (148) was the only bright spot in what turned out otherwise to be a dull affair on a placid wicket.
His exploits in ODI’s were already known throughout the world, but still critics doubted his credentials in Test Cricket. The innings of 148 proved that he could be an asset in Test Cricket also in future. During the one-day leg of the tour, he was once again at his destructive best, using the ‘bat like an axe’ and marauding the bowlers (in helicopter style). He also found an able partner in Yuvraj and they both made star-studded Pakistani attack look ordinary as India romped away with the series 4-1. He also had a new supporter (of his long wild locks) in the then President Pervez Musharraf (known to be an avid cricket lover), who made a witty comment that triggered laughter all over the Gaddafi Stadium (Lahore) saying that he should not do away with his long hair;hair, it looks good!good.
At this point of time Dhoni’s career was riding on a smooth path; but, as they say, ‘smooth seas do not make skillful sailors,’sailors’ came a topsy-turvy ride in Dhoni’s career, which surely must have been a great learning curve for him. The downslide started in the Caribbean and became viral as it was the worst phase in Indian cricket as India lost series after series in the ‘limited overs’ format although there was some solace in Test Cricket with a victory here and there. Overall the picture during that period looked bleak both for Dhoni as well as Indian Cricket. They were hammered by the ‘Calypso kings’ in the ODI’s (4-1), then they were humbled at home in the Champions Trophy with Dhoni’s only real contribution being a half-century during the competition, which led the ‘Men in Blue’ being ousted in the group stage itself. Then came a reality check for MSD during the tour of South Africa, where he really struggled against the swinging and the seaming ball of Pollock and Ntini with the experts saying that his strong bottom-hand was landing him into trouble. India did manage to win a test matchTest Match for the first time in South Africa, which was surprising, one must admit. Maybe the Africans were a bit too over-confident and hence prepared a ‘spicy’ wicket at Wanderers, which ultimately proved to be their downfall, but India was quickly grounded by the Proteas, who pounded them at Durban and Cape-Town. Dhoni struggled throughout the tour and it was a good wake-up call early in his career.
Thus the slide continued… We will see the renaissance of Dhoni in the next part.

Excerpts from book Being MSD