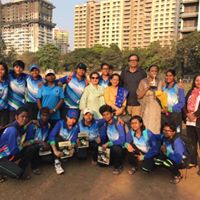 Time to switch on the TV – reminders started flashing on TV Viewer calendars at 12.30 pm IST on the otherwise usual, lazy Sunday dated 8th March.  Were these reminders to catch up on the latest Ranbir or Ranveer flick airing on Movie channels or was it asking us not to miss Virat’s flick off his toes in one of the ‘men’ in blue’s sporting battles? Nope, the big event attracting attention of millions of viewers in India was the World cup T20 final involving India vs Australia – and hold your breath: not of Virat’s band of boys  but of Harmanpreet’s gang of super girls.

It was so heartening to see an unprecedented viewership and interest not only in terms of TV or digital viewership but also in stadium attendance. The T20 World cup final broke all records for highest attendance at a women’s sporting event in Australia or maybe for that matter anywhere in the world.  Yes, India did suffer a humiliating defeat when it mattered – like it has so many times in the male version too, but the larger, more important message that it conveyed was that ladies cricket is no more the lightweight, poorer cousin of the men’s sporting events.  It now has the respectability, economic viability and clout to stand its own within the crowded sporting calendar of today.

Widening our perspective, this narrative seems to reflect the welcome trend of women achievers scaling the pinnacle of success such as Indra Nooyi (Pepsi), Sonia Syngal (GAP) in business and Lt. General Madhuri Kanitkar from the defence forces to name a few. Fact is: gender inequality in terms of talent was never the truth, however changing the patriarchal societal mindset and shattering the proverbial glass ceiling was a real, most difficult &AMP; commendable part.

So how do we build upon this women success in Sports? One basic way is to empower girls and attract them to Sports by further empowering them right from the grassroots levels. For eg: encourage school girls to participate in any physically challenging sport which was hitherto considered to be a male bastion. Also, the mentality of ‘do not run or play like a girl’ needs to be eradicated. Girls need to be encouraged to take up Sports as a viable career without thinking of the partisan comments they may have to encounter. They also deserve a grassroots infrastructure, equipment and facilities at par with their male counterparts. The media can also contribute its bit via coverage and bringing promising female athletes under the spotlight and public consciousness. Basically, ensure representation parity in the mainstream media for female athletes and their performances.

Unfortunately, a world title continues to elude the Indian ladies in cricket. However, if the positive brand of play exhibited by them inspires the future generations of girls in India to take up Sports, then it would have achieved its deeper, more important objective.  Let us also hope and pray that our talented cricket-women cross the line in the 2021 World Cup in New Zealand.