During my weekly visit to Pan Shop I had some intriguing discussion with Mamu Panwala.

Me: Sada only Mamu, I have diabetes reading of more than every IPL match target ,I mean 200 plus and that too without eating Mangoes specially purchased by my wife for Rs.1000 per dozen.

Mamu : But tell me Aju Bhai what is the most surprising thing about this IPl -2020?

Mamu: No! Aju Bhai its not surprising  that  Maxwell got 10.75 crore . As such Aussies have become poorer because of fire in their forest.  Also your son also could get this much money if he starts playing cricket and has few skills like playing cross batted shots.

Me : Never Mamu. My son is happy doing nine to five job and getting bread and butter and IPl ticket online with free pizza and burger sometimes .

Mamu: But you guess what is most surprising about this IPL?

Me: I think it could be that Punjab XI is showing signs of winning after long time .

Mamu :No way! Kings XI winning is very obvious after Sheldon Cottrell,  has been included in their squad and Zinta Madam luck showing upward graph like BSE Sensex .

But It’s something different I am talking about that is very special and surprising in this IPl. Please guess.

Me :Is it going to surprise us that Mallya will not be seen in Pavilion for RCB matches of IPL 2020 or Shahrukh will not come with his kids for IPL 2020 or Sachin will not be artificially excited sitting in pavilion ?

Mamu :No surprise in that. Mallya ji has just received bail number 101 and must be preparing for another court appearance for bail number 102 , so surely he is not coming to IPL  2020 and is not surprise if does not. Shahrukh will surely come as he gets guaranteed crowd in stadium unlike his movies where public hardly turn up. Sachin will be sitting on the fence as usual  with bouts of excitement, though not for money as he claims .

The big surprise  of this IPl 2020 is going to be something very shocking.

Me: Oh is it? let me think..I guess it will be surprise if Chennai will not enter finals as MSD is now old and if he plays like World Cup Semis against NZ then Chennai might lose.

Mamu : No way . MSD is taking rest with family , he is different from other sweet tooth greedy stars of India. As such he will ensure Chennai wins again .The surprise of IPl  2020 will be  something totally exciting.

Me : I can not guess Mamu. I feel every thing in every  IPL looks surprising and amazing.The catches , the nail biting matches, the toe shaking bowling, the batting, the fielding, the running, the color plus public, the euphoria and over and above all, the artificially emotional media …

Mamu: Aju bhai you are old now. you can’t match the new generation emotions and likes, dislikes. Tell me what do you feel will be the most mind blowing thing in IPl 2020?

Me : Mamu you only tell, because you are IPL fan and I am Test Match fan, so you know better.But one thing you please explain . Why are you giving one Kolkata Masala Free on one Banarasi Sada?

Mamu :Simple and you have answered my question.Every tom, dick and harry will be giving discounts during IPL and making up for their low  sales which had bottomed due to deep recession.

Me : But what has this to do with your question of ‘what is going to be the biggest surprise of IPL 2020?’

Mamu: Every one is going to bake their bread in blowing hot IPL oven.

Me: So what ? What is surprising about it?

Mamu : Surprise is here . My son will surely  make more money than anyone by winning all the contests (including Dream XI ) and discounts whether it’s food or restaurants or hotel or delivery apps bonanza during IPL -2020 . My son  is going to gross more than all the franchisees.

Me: Is it like what we say in our Desi language ‘Garam tave pe roti sekna.’ ???

Mamu : Aju bhai, this is called real remonetisation and RBI must learn few tricks at-least from IPL. Bigger surprise will be after my son wins so much of money . He would be buying IPL team next year. We have already decided the name BMKM XI (Banarsi Mamu’s Kolkatta Masala XI)

Me : True man . Cricket, Bollywood and Elections always rock in India, every thing else flops in India . Come on man ! Mamu the owner of  BMKM XI (Banarsi Mamu’s Kolkatta Masala XI) , it is 11 PM and too late now….You can keep the shop open for 24 hours now in Mumbai but I have to go home , have dinner and pick up my dream XI…that is the only possible source of income left for me nowadays. 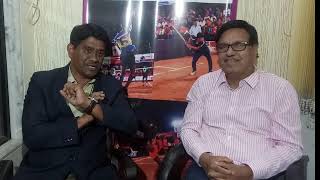