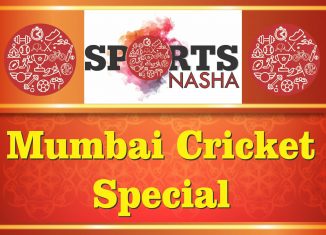 I attended a function organized by SportsNasha at which Sulakshan Kulkarni spoke briefly. I guess only the old timers and die-hard followers of Mumbai cricket will still remember Sulakshan Kulkarni (and his 459 run partnership with Wasim Jaffer against Sourashtra). But his speech was not about his own cricket. It was about his experiences in coaching India’s cricket team which recently won the inaugural cricket world cup for the physically challenged. If the experiences he narrated did not touch your heart, then you in all probability, do not have a heart.

It is normally the India Senior team’s exploits which grab the headlines and most space in news papers. There is nothing wrong about that, Cricket is the most important religion in India and an international match whether T20 or One-Day or Test is the most hallowed occasion. But as a result, noble contributions (and the exceptional challenges overcome in the process) to cricket such as Sulakshan Kulkarni’s, get relegated to some obscure corner of the news paper, if they get any coverage at all.

Just so that you will appreciate what I mean by “exceptional challenges”, I will mention just one of the incidences he talked about. When he started coaching the team, he was watching one of the batsman in the nets and shouting at him – “Get on the Front foot, get on the front foot!” and the batsman quietly told him “But Sir, I don’t have a front foot!”, his left leg was amputated and fitted with a prosthetic which barely enabled him to walk! Sulakshan said “I had a lump in my throat. All my years as a cricket player and a coach, hadn’t prepared me for this answer”.

How does one find a way out of this? How does one invent a technique of batting to overcome a situation one has never imagined nor has been taught about in all the past experience as a cricketer and coach? And most importantly how does one motivate a person with such handicaps to believe in himself and to go on to win the world cup?

It is one thing to take a talented youngster and make him into a world beater. It is quite another, to take the responsibility for someone who may have the talent but not the physical ability to express that talent and despite that handicap find a way to help him fulfil his latent potential. What Sulakshan Kulkarni did was totally exceptional and worthy of far more admiration.