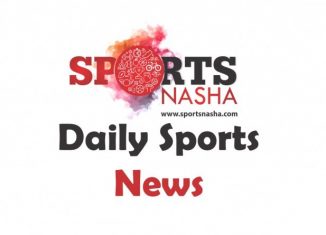 Virat Kohli goes past Steve Smith with his 27th Test hundred after his ton in the Indian first innings against Bangladesh at Kolkata.He also becomes first Indian to score century in day night tests.

B Watling scored a ton as New Zealand took first innings lead of 41 with 4 wickets still intact at the close of third day of the first test against England.

After Rohan Boppanna,Sasi Mukund also pulled out of Davis Cup tie against Pakistan.