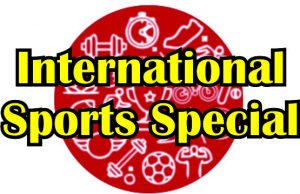 Boxing
World Boxing Championships were held from Sept 9 to 21 for men in Ekaterinburg, Russia. Amit Panghal lived up to his billing as top medal contender as he won silver medal in 52 kg.Haryana pugilist lost to Olympic champion Zoirov from Uzbekistan 0-5 in the summit clash.Regardless of scoreline, Amit made some good punches in the final.Amit also became the first male Indian pugilist to reach the final at Worlds.He has switched from 49kg to Olympic category of 52 kg this year.He has won gold medal at Strandzha Cup earlier this year followed by yellow metal in Asian Championships as well.He was ignored for Arjuna Award the past two years.But he has no regrets and instead wants his coach to get Dronacharya in future.Manish Kaushik also made his mark by winning bronze in 63kg.This is our best ever performance at World Championships as India have won 4 bronze medals in the past 4 different occasions.With world governing body AIBA suspended by IOC,Olympic qualification status was removed from this event.Our boxers will now compete in Olympic qualification event scheduled for February next year in China.
Wrestling
World Wrestling Championships concluded in Nur-Sultan,Kazakhstan on Sunday.Much was expected from Bajrang Punia in 65kg freestyle.He started with bang by winning a couple of rounds easily.He qualified for Tokyo Olympics virtue of reaching the semifinals.However much to the disappointment of Indian fans,Bajrang suffered heartbreaking loss to local pugilist Shaken Niyazbekov in controversial circumstances.He came back from 2-9 down to level the bout 9-9.Sadly for Bajrang,Kazak boxer was declared the winner on highest scoring move.Bajrang is now the only Indian wrestler to win 3 medals at Worlds after his bronze in 2013 and silver last year.
Deepak Punia was the star for India this week as competing for the first time at senior level,world junior champion showed no nerves and enough maturity to reach the final in 86kg.Deepak had to be content with silver though as he pulled out of final against Hassan Yazdani of Iran with a leg injury.However there is hope now thar he can prepare well in advance for Olympics.
Ravi Kumar Dahiya also booked his Olympic ticket with a bronze in 57kg.Among women,Vinesh Phogat continued her impressive run in 53kg by winning a bronze and also earning Olympic berth.Rahul Aware of Maharashtra won bronze in non Olympic 61kg category.Last year’s bronze medallist in 57kg,Pooja Dhanda came close to qualifying for Tokyo but lost bronze medal bout to Pei Xingru 3-5 in 59kg.
Losses
Sushil Kumar has been a flop as he continued his struggle in 74kg.36 year old could not go past opening hurdle.Olympic bronze medallist Sakshi Malik (62kg) and Divya Kakran(68kg) too failed to meet public expectations.As usual,Our Greco Roman wrestlers also failed to impress.
Still this is our best ever medal haul at World Wrestling Championships with 5 medals.
Weightlifting
World Weightlifting Championships are currently being held in Pattaya,Thailand.2017 World  champion Mirabai Chanu missed on a podium this time after she finished fourth in 49 kg.She bettered her own national record by lifting total of 201kg.Another promising youngster Jeremy Lalrinnunga finished a disappointing 21st despite putting up a valiant effort in 67kg.Youth Olympic gold medallist Jeremy lifted his personal best of 296kg.
Tokyo hopes
Now all the Indian medal winners will try to improve their stats with an eye on Olympic medal.Those who have yet to qualify will get some opportunities with qualification events lined up next year.As off now,Bajrang Punia and Amit Panghal are our best medal hopes in 2020 Tokyo Olympics.
by Shailesh Padhye . 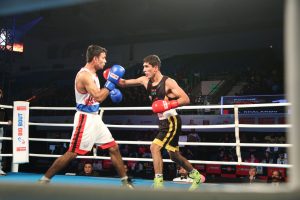