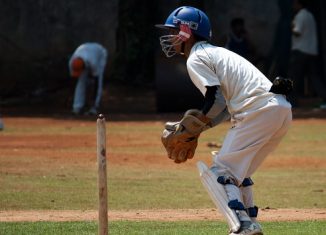 You can’t judge England team with just a few losses in between, they entered the campaign as favorites and they do remain the favorites till now without an iota of doubt. Also by defeating the unbeaten India and the strong NZ side dominantly after a string of losses just shows how much of fire and intent is burning inside them. You can’t tame lions in their own jungle and England who received a lot of criticism post a few losses have proved everyone by giving some fiery competition to the opponents.

Opting to bat first at Riverside Ground, both the dangerous openers Jason Roy (60) and Johnny Bairstow (106) gave a flying start to the innings with a 123 run stand for the 1st wicket in just 18.4 overs. The rest of the batsman chipped in with cameos as England reached a commanding total of 305/8 in 50 overs. Trent Boult (2/56), James Neesham (2/41) and Matt Henry (2/54) were the pick of the bowlers for NZ.

Chasing a steep total of 306, NZ obviously needed their openers to fire but Guptil (8) and Nicholls (0) fell quickly while the rest of the batters too could not convert their starts into big scores apart from Tom Latham chipping in with 57 runs at no.5. Mark Wood has been exceptional for England this tournament certainly looks set for a good career for England. With 3/34 he was the pick of the bowlers while the rest of the bowlers also chipped in with a wicket each to their name.

NZ were all out for 186 runs in 45 overs as England won the match by 119 runs while Johnny Bairstow who scored his 9th ODI ton and 2nd consecutive in World Cup was declared ‘man of the match’ With a career strike rate of close to 108.00, Johny is at present only the 3rd batsman in ODI’s amongst the active cricketers with a strike rate of 100+ for a player who has scored over 2500+ runs in ODI’s making him one really dangerous opener to watchout for in the coming games.