Pl Note- Any of my comments or opinions are my personal views as a Cricket Journalist, secondly whatever I may be reviewing is not on the basis : that because we lost, my stance for particular players and the current Indian team has been the same since last 2 to 3 years. If by any means, my review hurts or offends anyone, i apologize in advance.

Well many of my friends have been expecting that the media including people like me would leave no stone unturned to bash the Indian team. I don’t deny that completely but I will begin this post match analysis with two sides to the argument.

On Day 1 when NZ opted to bat first at Old Trafford, most of us were wondering what was wrong with them batting so slow? Well, the wicket was genuinely tough to bat on, it was assisting fast bowlers, the outfield was damp and wet which made hitting boundaries difficult. On Day 1, when we were wondering why Kane Williamson (67) and Ross Taylor (74) are playing slowly, it was actually on day 2 we realized those were good knocks! The Indian bowlers did a fairly good job with Bhuvaneshwar Kumar (3/43), Bumrah (3/39) and Jadeja (1/34) bowling accurately without giving much of freedom to the batsman. It was definitely Jadeja’s day with two stunning catches and an economical spell already under his kitty.

3.5 overs left for NZ on Day 2 and New Zealand reached a total of 239/8 in 50 overs, Chasing 240, India were off to one of the most disastrous starts with Rohit Sharma, KL Rahul and Virat Kohli all falling out for 1 run each, a nightmare which no Indian player or a fan wants! It was a spell of pure hostile fast bowling by Boult and Henrywhich made life difficult for our top order batsman. Virat Kohli now has scores of 9.1,1 & 0 in 3 World Cup Semi finals + the duck in Champions Trophy finals making him a very vulnerable player on big occasions. On the other hand, Sharma and KL Rahul were removed with two peach deliveries by Matt Henry. Yes Kohli has 11,000+ ODI runs but do you know Kohli gets dropped under 25 runs on an average once in every 4 ODI innings while 12 to 15 of his hundreds have come under depleted sides like Sri Lanka and West Indies, the kind of teams past 3 to 5 years even our first class teams can defeat. Also his initial movements at the crease where he gets across is so vulnerable that any quality fast bowler can make out on where to bowl him. Not denying the hardwork he puts and the success he has earned but it’s definitely in no means possible to compare him with Sachin or any other batting greats of the past when we had tough opponents with world class batsman, when the cricket rules weren’t in too much favor of the batsman, when we had bowlers like Waqar Younis, Wasim Akram, Brett Lee, Mcgrath, Gillespie, Shoaib AKhtar, Muralitharan, Vaas, Donald, Shane Warne, Bond, Walsh, Ambrose and so many more quality bowlers.

Anyway getting back to the chase, it’s a known fact that Rohit Sharma and Virat Kohli have been vulnerable in the opening spells to fast bowlers who cross 140+ and especially the left arm fast bowlers and NZ bowlers by not giving even inch of a room in their opening spells were spitting fire on Indian batsman.

With scoreboard reading 5/3 in the 4th over and 24/4 in the 10th over, obviously NZ had succeeded in putting us under severe pressure. Also for the fact that India’s middle order and lower middle order has never been put in such pressure cooker situation throughout the tournament and you suddenly throw them in a pressure cooker situation to perform, it was going to be difficult for them. But at the same time, it was a golden opportunity for DK, Pant and Pandya to become the poster boys of Indian Cricket. Had they played a knock which could have helped India win from nowhere, their place in the side for next 2-3 years was surely secured alongwith earning a cult iconic hero status amongst the 120 crore+ Indian fans.

Yes Dinesh Karthik took 20 balls to get on mark and so did the other players like Pandya and Pant who did not play their natural game playing at a strike rate of just above 50.00 to dodge the tough bowlers which was fair only to an extent. At one point, they finally lost their patience and throwed away their wickets to Santner who was really keeping it tight (At one stage Santner was 2/7 in his 6th over).

In came, Ravindrasinh Jadeja, a man who had not scored an ODI Half century since 2014, a man who played as a 12th man in almost all the games so far, a man who was called a bits and pieces player by many. He came in and played one of the most crucial knocks of his career so far, his batting can be described in just 2 words-Ruthless & Fearless. The way he smashed sixes to Santner who was looking unplayable to most of our Indian batsman, the way he charged down to a fast bowler for a six, it just exuded different level of fire and passion inside him which brought back the momentum to India’s favor with Dhoni playing the supporting role. It was goosebumpseverywhere and the match was converted into one of the most thriller ODI’s of the 21st century. Every time Jadeja smashed a boundary or a six, he increased the pulse rate and brought smiles alongwith goosebumps to millions of Indian fans watching him on TV. Unfortunately, he was dismissed by Boult in the 48thover which again brought NZ back into the game, but what else he could have done? The onus of hitting was solely put on him with Dhoni either dodging the balls or taking singles, he had to hit out or get out.

Yes we know Dhoni has finished matches earlier, he has been a very successful captain and he had the confidence to finish the game but is it necessary to stretch the game till the end? Also was it fair to simply leave the ball at 44.5 overs when you need 51 runs off 29 balls with just 4wkts in hand? In fact, he left beautifully two balls to the wicket-keeper! Yes we know your abilities MS Dhoni but you have to accept that since past few years it’s not working what you are actually planning, at the age of 36, even the reflexes aren’t the same like what you had at the age of 26 or 27 or even 30. Yes we know you can hit sixes but again that’s not possible everytime, even you are human, isn’t it and this mistake has been repeated in the past too, isn’t it? Anything can happen in the game (just like his run-out) and you got to rotate the strike or try to hit those odd boundaries than unnecessarily boiling it down to the last over. You can’t be in the playing XI resting on your past laurels or reputation, even senior players like Sehwag, Laxman, Gambhir, Yuvraj and Zaheer Khan to players like Raina, Rayadu were taken off the game without even a notice or a farewell match the moment their skills started waning just a little bit. You are still lucky to be a part of the playing XI and you have to realize your planning, your confidence and your match finishing approach (or let’s say over confidence) is at one side and the entire country is at other side. Country always comes first.

Martin Guptill who hasn’t contributed much with the bat in this tournament handed over a finals ticket to NZ in what was the biggest contribution he did for NZ by removing Dhoni with a magical direct hit straight onto the stumps and the game was over in a matter of minutes. NZ won the semi-finals by 18 runs and Matt Henry was declared “man of the match”

Definitely, Dhoni alone is not to blame for as far as our semifinal game was concerned as most of our batsman found it difficult, the wicket was genuinely difficult to score runs, it was almost like a refurbished Kanga wicket with a damp outfield, the only thing he and others could have tried was atlteast play at a strike rate of 80.00 or 90.00, its fine if you don’t want to hit big shots, just take singles but atleast don’t leave the ball or take too many dots as it keeps on bottling up adding severe pressure in the death overs.

On the other hand, we got to accept, NZ were a better team on that day, the bowling was outstanding, the bowlers stuck to their plans, captain cool Kane Williamson was calm as a monk even when there was extreme pressure & goosebumps everywhere. He rotated the bowlers wisely, used his main bowlers accurately and took the advantage of not being in so much pressure unlike India as most of the cricketing pundits and fans still believed NZ to be the underdogs. Last but not the least, even reaching semi-finals of World Cup is a big achievement and we all congratulate our Indian team for performing nicely in the tournament. At the same time we have to accept that we were not the best of the Top 4 teams, we were riding on luck being at the top of the table, we escaped two narrow humiliating losses vs Afghanistan and Bangladesh, the slow opening starts in the 1st half of the tournament, conservative approach by our batsman during the death overs are some issues we hope the Indian team will surely take into consideration.

On the other hand, the positives from the tournament is certainly watching Rohit Sharma score 5 Tons and over 600runs becoming the only batsman to hit 5 hundreds in a single edition of the World Cup and only Indian batsman after Sachin to score more than 600 runs. Ignoring today’s knock, KL Rahul made the most of his opportunity at the top of the order, Bumrah was simply exceptional with the ball throughout the tournament especially his unplayable bowling in the death overs where he single handedly saved us quite a few times. Also no Indian bowlers have bowled this fast ever which is a proud thing for us. It was also good to see players like Pandya and Pant showing to the world that they can stay at the crease too, Pant in semi finals was showing rock solid defense and some proper cricketing shots while Pandya played fearlessly throughout the tournament. Pandya who usually has a career strike rate of 110+ changed his natural game for the team and showed survival instincts. Last but not the least, Jadejagrabbed the opportunity with both the hands scoring one of the finest World Cup innings by an Indian batsman, taking wickets and doing excellent fielding just proving that stats does not define how good a player is!

Now with India out of contention, will definately cheer for the humble Kiwis who have’nt won the World Cup since 1975. 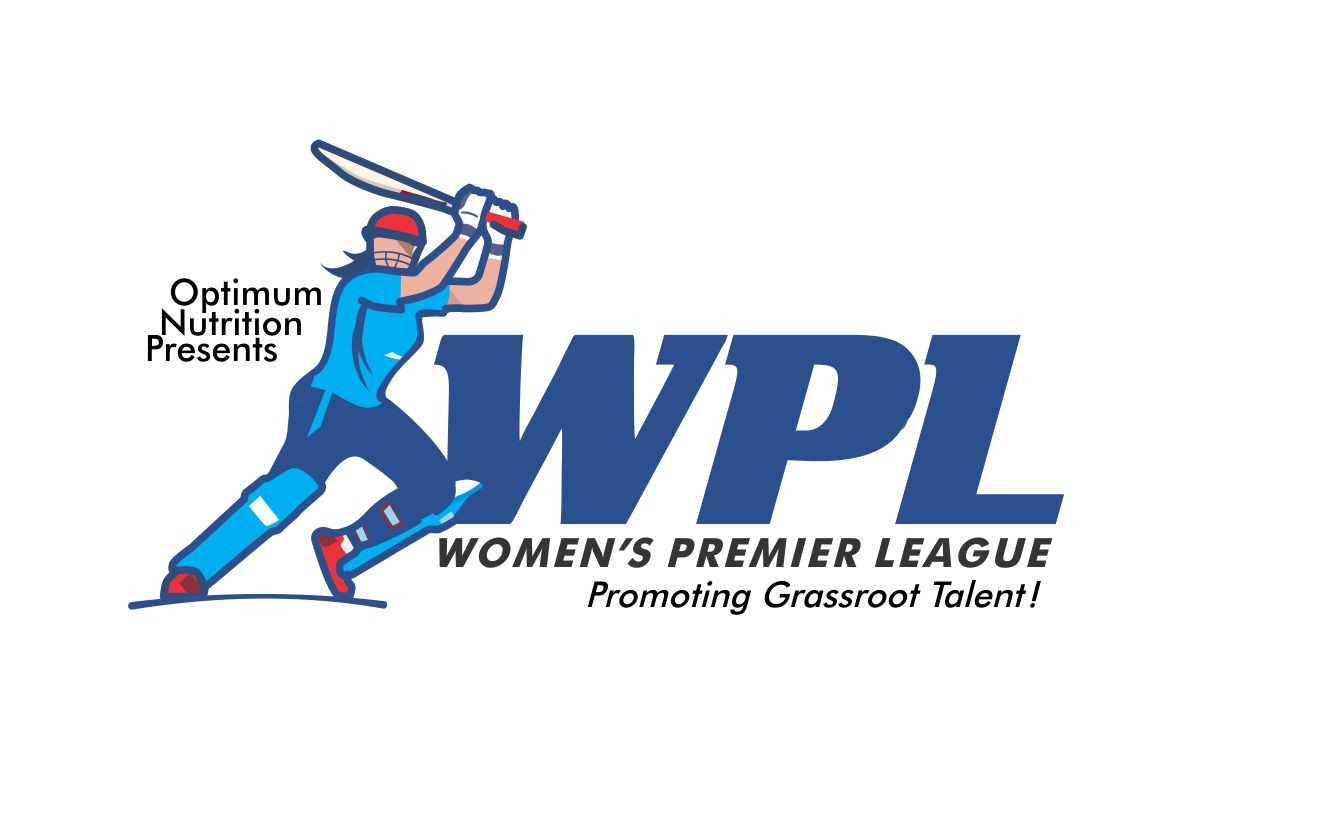 Abhishek Nayar, a veteran from Mumbai cricket speaks to Sportsnasha.com