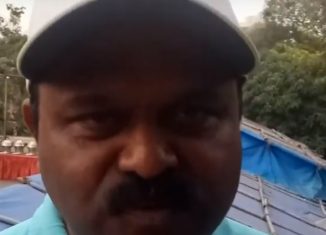 We witnessed a shallow Middle order batting in recently held ICC World Cup 2019. which is one of the most brittle batting line up in India’s cricket history . But this man Pravin Amre who is India’s former Test Star and man who scored a scintillating  hundred against lethal pace of Alan Donald when India was struggling at 38 for 4 in Test on his debut and also rescued Indian Team in his first ODI vs South Africa when Indian was 4 wickets down at 60 . He and Sachin had hundred run partnership where Pravin scored a 50.plus.

Pravin used to bat at number six for India.  A talented middle order batsman,  though could not get many chances for the reason best known to selectors.

Pravin, who is now in Delhi Capital’s core coaching team has applied for job as Team India coach. Lets hope a sincere and dedicated man like Pravin gets a role to play in Team India’s coaching department. He had spoken to us recently. We bring to you a short and sweet interview of this talented cricketer who is playing his second innings of life as efficiently as his first.