Skip to content
You are here
Home > Cricket > How is the coach??? 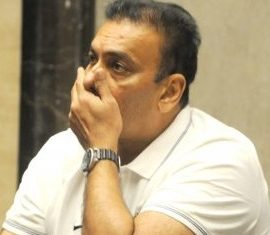 “I want Ravi Shastri to continue as coach “ something like this said Virat Kohli to media. Were you shocked that Virat openly suggested this ?

If you ask me, I was not expecting Virat to openly recommend Ravi for Nine Crore job , a bonanza for one more year

Reading the news, my curiosity about Ravi the persona grew multi-fold and adulation for Virat took some beating. Whatever! This man Ravi simply does not go away. He is fifty plus. Fifty Seven to be precise and still one of the biggest news-maker among cricketers of eighties .

I think very few sportsmen of his age (barring Sunil Gavaskar, Kapil who are legends themselves) have continued to hog the limelight in media in the era of millennium kids where every old thing (including humans except Amitabh) are losing charm. Though Ravi has managed to be there.

As a cricketer he fails to impress the ‘genius crazy’ and has played 80 Test matches with batting average of just 35. He was so called all-rounder who could sometimes turn the ball and rarely won the match for India on his own. There are many star performers of his era who have exited from the scene and rarely visible on TV or print media.

What is that special thing which makes Ravi Shastri tick and click all the time? How does Ravi ensures, he remains talk of the town? How it is that he makes likes of Ganguly bite the dust, when selection of coach becomes a prestige issue? How come Ravi tackles all the criticism on his round appearance, the pranks on which keep targeting him below the belt. Who is his godfather? (I do not know if any) Where is his strength ? Does he really deserve to be coach? Does he digest so much trolling? Does he see all this on social media with his dark glasses on and ensures it does not affect him?

The answers to above questions are unknown and can only be speculated by us or deflected to Ravi (like Guptil’s overthrow hitting stokes’ bat) only . Whether he has a struggle in his personal life? ( no one cares as much as he himself may be).

This man who would give complex to seasoned politicians with thick skin. Raaavi (as some Australian commentators call ) does not boast of a monolithic record as a cricketer but has something in him which always interests public.

Taking a quick tour to his cricketing career, I recollect that he used to be called a lucky man by critics. He accidentally made a debut in test cricket when Dilip Doshi was injured and Gavaskar preferred calling him as replacement in a Test match against New Zealand in 1981 , instead of Paddy Shivalkar, the then most prolific performer , experienced and unsung left arm bowler.

He was not a match winner (not surprisingly) in any of Benson Hedges mini world cup (1981) matches in Australia and still received the Champion of Champions Award (surprisingly though). The luxury car Audi was there to be won . And all this was possible because of computerized point system. (let us excuse computers for not understanding cricket).

He would celebrate when not booed by fans at Wankhede Stadium but same Ravi created a flutter, when he hit six sixers in one over of a Ranji Trophy match against Baroda (Bowler Tilak Raj along with Ravi became part of history) to equal Gary Sobers’, till then unconquered record . Ravi made sure that every time bloggers picked up the pen to hammer him, he made them eat their words.

Ravi now as a coach, has quite a reasonable record if not exceptional.

If we divide his career into three parts. Part one his career as a player and part two as a commentator . Third unfinished and most significant part being coaching assignment of Team India. There should not be a doubt that in all these innings he stood firm, confident and took every challenge that brought out his core quality , a resilience. He was almost always at the receiving end from fans ( or rather anti fans) all the time and there were not many who liked his overflowing aggression in expressions. (something where he is neck to neck with Virat).

As a commentator he was at ease and not under fire by cricket fans perhaps as it was not interfering with anyone else’s fame or popularity. Ravi did every job he was given with full vigor, hard work and hardly left any scope for the actual stake holders to point fingers perhaps.

The things to learn from Ravi are definitely more than things to unlearn from this gritty and never say die attitude guy. As a third person one must try to understand these virtues in him and emulate if not imbibe. Ravi’s PR and Communication skills must be his biggest plus which every sportsman must try to master. His relationship management skill is better than his leg side shots which gave him most runs

He has been successful in all his endeavors at highest level and played his second and third innings as well as first if not better.

Sportsmen should keep his example in mind before vending out frustrations of not being lucky or sidelined in first innings in spite of their talents and performances. Talents matter but attitude of being patient, consistent and leaving behind the past (glory or no glory) would go a long way in being on top even after quitting the court or a ground (as a player ), shows Jadugar (Magician) Ravi .

Many sportsmen have shown that even after retirement (from sports they played) they continue to be part of the sporting ecosystem to keep growing and there is no better example than India’s current coach. Ravi you may be on your way out in your third innings as a coach but we are sure you are padded up for fourth as well.

The opportunities keep cropping up , we must be there grabbing them up.

Failures will keep knocking us, learn from Ravi not giving up.