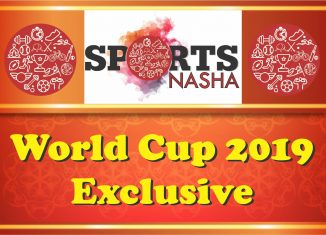 Sri Lanka after being put to bat first at Riverside Ground were off to a brilliant start with Kagiso Rabada sending Sri Lankan skipper back to pavilion with a peach of a delivery. It was that wicket of Dimuth which created the positive momentum for Proteas from the very beginning.  The rest of the batsman chipped in with 20’s and 30’s while they certainly required someone from the likes of Matthews or Kusal Mendis to score atleast 70-80 runs individually. A big partnership was lacking from the beginning with African bowlers giving breakthroughs at regular intervals. Dwayne Pretorius who got a chance to play for the 1st time in the World Cup came up with the best bowling figures from the match taking 3/25 with 2 maidens in 10 overs. Chris Morris (3/46) and Kagiso Rabada (2/36) were spot on with the ball too. Also Rabada and Morris are the only consistent players from the current XI of South Africa, no matter how dismal their batting have been, these two bowlers have been injury-free as well as consistent in terms of their line, length and economy since the beginning of the tournament.

Chasing 204, the solid Hashim Amla and Faf Du Plessis stitched an unbeaten 175* run stand for the 2nd wicket with Amla finally showing some sturdiness with the bat scoring 80* off 105 balls. Skipper Faf Du Plessis fell just 4 short of a deserving ton remaining 96* off 103 balls. Had these two fired from the beginnings & especially Amla, South Africa could have been in the contentions for the semi finals.

Still they won’t mind going back home with some good wins in their kitty which will provide them a feel good factor that they were not brutally throwned out of the World Cup Campaign. South Africa won the match by 9 wkts and 12.4 overs to spare while Dwayne Pretorius who came as a replacement for injured Ngidi in his debut World Cup match was declared ‘man of the match’