Skip to content
You are here
Home > Cricket > Have Pak Advertisers fallen in Dhoni Trap??? 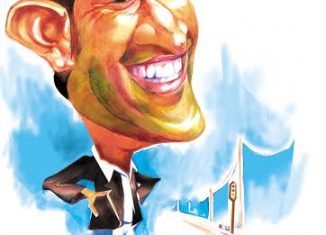 Pakistanis love to make similar mistakes again and again. Perhaps it is in their blood to always rub the enemy on wrong side. Nobody wants war and no one likes the cricket being used for that. But somehow India Pakistan cricket encounters are always reflection of a saga between two romantic  neighbors who love to hate.

The reason to talk about this saga is the advertisement on ‘mocking of Abhinandan’ which has gone viral in India. Politics analysing area of my brain (nowadays everyone’s brain needs to have one ) suggests this was their silly response to MS Dhoni Glove move and if it is, then they have fallen to MSD’s smart trap.

So so so….have you seen the advertisement, if not, I will quickly represent it here…In the Advertisement supposedly for Jazz TV , Abhinandan look alike is being interviewed and asked questions

” What will you do after winning toss ?” to which he answers

“I am not supposed to tell you that sir”

Then one more question “who will be in playing XI? ‘ to which he says

“I am not supposed to ‘ and at end he is asked

A la How is the Josh?  (So it proves they have not yet recovered from the Uri movie syndrome) .

When I first saw the lewd advertisement on social media my immediate reaction was ‘This should be banned or Indian Govt.should do ‘a Modi ‘  again etc etc.’ This was  a typical imaturely aggressive Virat like reaction. Then Dhoni inside me woke up. ” Pakistan made a big mistake when they captured and tortured Abhinandan which ultimately they had to regret but by making the crude advertisement they have made a blunder” .

Has Pakistan fallen to MSD trap? I sense they have. May be the advertisement maker had two intentions . one…to sell India Pak match on whatever TV they have….two…they expected Indian team to get rattled by the advertisement. A judgemental disaster .

Imagine the advertisement is shown  to already  ‘two up ‘ Indian team.

Do you expect them to sob limitless  after seeing the Advt. and drop shoulders , get upset and give up on the match scheduled on 16 June against the neighbor we love to defeat most.

Your guess is mine. Indian players were any way going to go all out for anxious pray. But now  there is ample salt on their (Indian’s ) wound to mercilessly thrash the green army.

The advertisement is not only notorious but has also added oil to the already burning belly of Indians. Blue army will now be too eager to blow the Pakistanis away . That is my gut feeling. Such acts of absurd instigation would boomerang on Pak for sure.

The Pakistani advertisers were perhaps given the contract to dig their team’s grave and the advertisers have shown supreme skill and creativity in digging the grave of their not so dangerous team. Hats off the advertisers  imagination which will be proved destructive on June 16.

India has received a timely trigger . Just that they have to keep cool and execute the plan with precision.