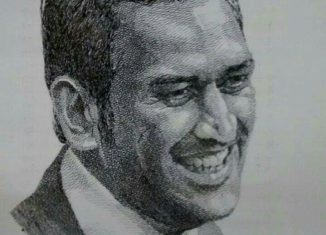 Mahendra Singh Dhoni is not as stylish as Rahul Dravid, Sachin Tendulkar or Shikhar Dhawan. But, he has a beautiful mind of his own to make use of his potential, skill and techniques. Dhoni has a simple and straightforward approach to the game. He normally makes a slow start with single and two. The gentle start helps him judge the pace, turn and bounce on the pitch. After picking up 10 runs at a slow pace, Dhoni starts playing with full authority and takes control of the game.

Dhoni remains undisturbed amid crisis situations. He has played some of his best innings under pressure. Against Rajasthan Royals, Dhoni came when his team CSK lost three quick wickets for 27 runs. Dhoni repaired the innings with 75 not out off 46 balls. He remained not out with 32 off 35 balls against Delhi Capitals on a slow, sticky wicket and clinched the victory for his team. CSK was struggling at 102 for 3 in the 14th over against Kings XI Punjab. The Chennai crowd was silent as if they were mourning. Dhoni instilled life into the stadium by hitting Curran for one six and two fours in the 19th over. The cheer girls started dancing and the crowd begun to chant in chorus Dhoni! Dhoni! Dhoni! He scored 37 off 23 balls and steered CSK to reach a modest total of 160. Dhoni has proved once again that he has the steely resolve to stand amid ruin and move towards his target. “It is the experience of handling crunch situations that make MSD a cut above the rest with the best captain in the world leading the side,” reportedly said Dwayne Bravo.

A slug over specialist, Dhoni is dangerously unpredictable. He lifts, pulls, hooks, square cuts and drives with effortless ease. He plays with so much authority that at no point of time he looks vulnerable. “We thought the way he was playing was actually allowing us back in the game,” reportedly said Ricky Ponting.

His ability to remain cool helps him plan meticulously to trap some of the most aggressive batsmen of the world. Chris Gayle, AB de-Villiers and Steve Smith have fallen to Dhoni’s trap many a time. Dhoni asked Harbhajan Singh to bowl Christ Gayle in CSK vs KXIP. Gayle immediately sensed the lurking danger as his face wore a pal of gloom at the sight of Harbhajan who bowls off-spin accurately. Left-hander Gayle always has trouble negotiating right arm off-spin which is leg spin to him. Harbhajan beat him in one ball and in the next ball Gayle gave a snick to Dhoni. Harbhajan also took the wicket of Mayank Agrawal in the same over. This was the turning point of the match. Dhoni carved out a fantastic win against KXIP with patience, perseverance and tact.

Dhoni’s cool exterior, in fact, camouflages his aggression, his turbulence and his never say die spirit. Dhoni has never allowed his tension to surface and let it notice by his teammates. As Dhoni ages gracefully, his approach to the game has begun to change. He seldom plays his trademark helicopter shots. Today Dhoni has become more precise in hitting sixes and fours. Dhoni is like a wizard behind the stump. When he keeps the wickets, Spinners feel confident of giving more flight to the ball. Dhoni still wears his magic gloves, he still has the power to clear the fence and the ability to outsmart the opponent. Team Indian should rally around Mahendra Singh Dhoni and plan for another World Cup victory.