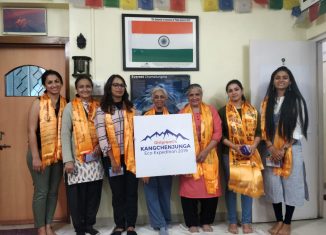 The event was attended by Giripremi’s senior mountaineers, members and well- wishers along with Everesters. Giripremi’s team will be leaving for ambitious Mt. Kangchenjunga Eco Expedition 2019 on March 30, 2019. All the attendees wished a great success to the expedition during the event.