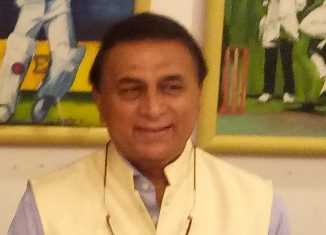 Next in our series of Great Cricket Captains comes The Little Master – Sunil Gavaskar. Former Indian Cricketer – Mr. Yajurvindra Singh shared his views and experiences about Sunny. Here are the excerpts –

I know Sunil very closely. I have played under him for India in tests and West zone. In 1979 tour to England, he was my room partner for about 4 months. As an individual, Sunil was very thoughtful and well read. He was extremely dedicated and committed towards the game. Such was his passion for the game that he sometimes wouldn’t even take rest in between the two series. He would make sure to play local tournaments like the Kanga League so as to get himself match ready. He didn’t even worry about injuries, which was something remarkable. He had a sense of purpose behind everything he did which is what reflected in his leadership. He always went in with a plan or a strategy for the opposition, unlike a Dhoni who was far more instinctive. Sunny was a very systematic and process driven leader.

I remember an incident in a Maharashtra vs Mumbai game involving Sunil which was played just after he was declared as India’s Test Captain. Pandurang Salgaonkar – A former Maharashtra Fast bowler was at his peak in those days. He was bowling alarmingly quick and was troubling the batsmen with sheer pace. While batting, Gavaskar got hit by one of his deliveries on the gloves only to discover later on that he had fractured his hand. However, he showed no signs of pain to anyone, didn’t take his gloves off, stood his ground and survived a crucial half an hour before the end of day’s play. He knew that he had to stay in the middle to handle a fiery Salgaonkar and he did it with no fuss. Due to his fractured hand, his initiation as India’s captain got delayed. But that innings from Sunny showed the tremendous grit and courage he had.

When he was at the helm, our spin quartet was on its decline. Apart from Kapil Dev, he didn’t quite have a go-to bowler. But he got the best out of the limited resources he had. Kapil also flourished under him. He had an eye on young, promising players all the time. He was the one who identified players like Vengsarkar, Shastri etc. who went on to represent India successfully.

With his methodical approach and his wisdom, he used to plan against each batsman in the opposition. And his plans worked on most occasions. I remember him planning to dismiss a red hot Kalicharan – The West Indian Captain in Chennai with a strategically set field. He had planned to dismiss Mohinder Amarnath in a local league match by placing myself at a close-in catcher on the leg side. He knew Mohinder’s strength in leg-side play and his flick shots. And we got him playing the exact shot as I took his catch. He knew the strengths and weaknesses of each batsman in the opposition and would set the fields accordingly. It was great fun setting fields with him and was a great learning too.

Sunil gradually realized the importance of close-in catching in tests. Once I developed myself as a decent close-in catcher, I would regularly feature in the side. And Sunil utilized my fielding ability to the fullest. His thinking to use even the 12th man to the maximum was admirable. He was so meticulous and disciplined in personal life as well. I remember being his roommate in England. He would use even his toothpaste from the bottom and not from the middle so that nothing goes wasted. He would roll it properly from bottom to top so that it gets fully utilized. Everything about him was so systematic. And that’s what reflected in his captaincy.

He took a lot of pride in being an Indian captain and a cricketer. I remember a story on our Tour to England about his ‘Indian-ness’. He wanted to score a ton at The Cricket’s Mecca – Lord’s, something which every player dreams about. He told me, “If the press asks me about my feelings after getting a hundred at Lord’s, I’d tell them it was good, but not good enough to beat the feeling of scoring a ton at Bombay or The Maidans.” He had literally mugged up the line. Sadly, he was dismissed after scoring a fifty and it frustrated him that he couldn’t score a century at Lords and couldn’t use the line in front of the media.

Sunny was born to bat. He had such great powers of concentration that literally nothing affected his batting. Even the responsibility of captaincy didn’t affect his batting. He was always so focussed about what he had to achieve. He was undoubtedly the best batsman in our times which is why had maintained significantly high standards for himself. Ironically, that genius of his was his very weakness as a captain. If things come a certain way to you, you expect them to come the same way to the rest and you tend to weigh people with the scale you use to weigh yourself. Sunil was indeed a wizard. But I think he expected the rest to be just as good, which was not the case. Gavaskar – The Captain just couldn’t accept mediocrity. When the players couldn’t match his expectations, he would show it in is body language.

Being a legend of the game, he had a position of great respect everywhere. He played a critical role in making The BCCI financially strong. His word had great value around the world which helped the game to attract sponsors thereby making the Board wealthier. We all know him as a legendary batsman but I will also remember Sunny as a fabulous captain. It was indeed a pleasure to play under him.

Prasad Palkar
Prasad Palkar is the kind of person which is required in every startup environment, He is a go-getter and has enough passion to drive things towards its completion.