Ghulam Parkar-Yes the name sounds like some quintessential don of the 80’s in Bollywood Movies, isn’t it? But well Ghulam Parkar was one sportsman who earned a lot of respect in the domestic circuit. From a very young age he became popular for his athletic and prompt fielding which was even the USP for him to get selected to play for INDIA apart from being a swashbuckling batsman.

Ghulam Parkar was one clean hitter known for his flamboyant batting style. Whoever played against him during that time feared him the same way the bowlers would fear Sehwag. He managed to play 66 First Class games where in smashed 20 fifties and 11 hundreds representing Mumbai team. He averaged 42.09 with the bat and often smacked bowlers without much fear reaching his head.

He even played 41 List A Games and went on to play 10 ODI’s and a test for India. However he struggled against the pace of Willis and Botham returning with scores of 6 and 1 in his only test match.

In England Ghulam scored 433 runs at 36 with 146 against Yorkshire and 92 against MCC. Back home he slammed 77 against the touring West Indians. Ghulam never actually lost form (after the first two seasons his average never dipped below the 35-mark), but he retired at the age of 30.

Ghumal Parkar was determined to win a Ranji Trophy for Bombay and he achieved that in the 1984–85 season with full grace and charm. In that season, Sunil Gavaskar had decided to move down the order, and Parkar was the senior opener of the Bombay team. He stayed true to his reputation and scored 748 runs in the season at an envious average 57.53 with a hundred and five 50s.  He was one of the unsung heroes of Bombay’s last tournament win before a drought lasting nine seasons. 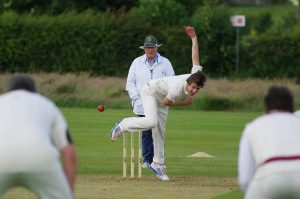