In the last couple of weeks,two Indian stalwarts scripted history by extending their tally of World titles.While one has history of winning World titles in cue sports,other has given India medals in more physically demanding sport. 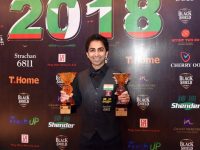 Last week,multiple billiards and snooker champion Pankaj Advani created ‘Grand Double’ for fourth time in his career by winning World Billiards title in both short and long formats.It took his world titles tally to a staggering 21.He kept the Indian flag high in Yangon.Rajiv Gandhi Khel Ratna winner,33 year old Bangalore resident has consistently performed exceptionally over the years and still looks hungry for more success.Only sad part is that both billiards and snooker are not part of Olympics denying him the biggest prize in sport.So the rewards and recognition given to Pankaj may be little as compared to other Indian world beaters like Mary Kom,Saina Nehwal,P V Sindhu to name a few.
This week celebrated Indian boxer M C Mary Kom won record sixth World Championship in New Delhi.35 year old Manipuri Pugilist was so dominant in her 48kg light flyweight category that she won all her bouts convincingly.One of the biggest strength of Mary is that she loves the pressure and has always performed well given the expectations from all over India.Olympic bronze medallist now has equalled Cuban legend Felix Savon’s haul of six gold medals at World Championships.For a mother of three it is incredible feat.She was overwhelmed at presentation ceremony and could not control her emotions.Now the most interesting part is whether she carries on till Tokyo 2020 Olympics.It will be a tough road ahead as she will have to fight in highly competitive 51kg.When professional boxers like Manny Pacquio are fighting in their 30s,there is no reason why Magnificent Mary carry on in amatuer boxing and keep our medal hopes alive in Tokyo Olympics.
Hats off to both Pankaj Advani and M C Mary Kom.All the Best for future.
Written by
Shailesh Padhye
Sportsnasha