Skip to content
You are here
Home > Cricket > Robin Singh- The All-Rounder who was a jack of all trades! 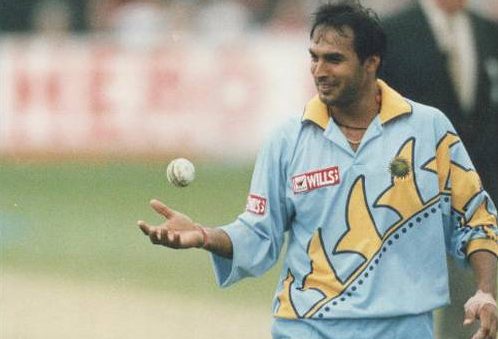 It was in his 2nd innings of life when he made a comeback at 33yrs after a 7yr long hiatus he came back with a bang becoming a regular fixture in the Indian team. For Robin it was his commitment and tenacity towards the game which were his biggest strengths despite not being an extra ordinarily talented batsman like Ganguly or Tendulkar in ODI’s. There was a time when he and Jadeja had owned the middle order department stitching some match winning partnerships against the best of the teams.

His military medium pace also came in handy when India needed a part time bowler to throw in a few overs in between. His biggest contribution to the Indian team was his fielding where he took care of the cover point region stopping hundreds of boundaries and taking some impropable catches which were never seen during that time. A player who gave his best and did his job fighting with his limitations retired from all forms of the game in Jan 2004.

Later on he became India A coach and also Indian team’s fielding coach for two years. His coaching stint progressed further on when he was appointed the head coach of Mumbai Indians for the third season of IPL.

Robin Singh could have become a prolific all-rounder for Indian but still he will always be remembered for his dedication, fielding, crucial middle order knocks and commitment towards the game in a spotless career.