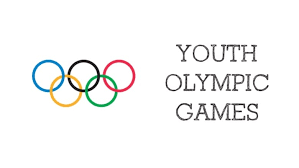 The India under-18 men’s and women’s hockey teams finished their 2018 Youth Olympic Games campaign with silver medals. While the women suffered a heart-breaking 3-1 loss against hosts Argentina, the men were handed a 4-2 loss by Malaysia in their repetition on Sunday night.
In the women’s final, India’s Mumtaz Khan (1′) opened the scoring after just 49 seconds, but the hosts scored thrice through Gianella Palet (7′), Sofia Ramalho (9′) and Brisa Bruggesser (12′) to secure the gold medal.

Indian women began the first period well, attacking the hosts right from the opening whistle, and were rewarded after just 49 seconds as in-form forward Mumtaz scored to give her team a crucial lead. However, Argentina put the pressure on their opponents to find the equalizer in front of the home crowd and were successful as Gianella Palet (7′) and Sofia Ramalho (9′) scored to turn the match around and help their side to a 2-1 lead at half-time.
It was Argentina’s Brisa Bruggesser who had the first real chance of the second period in the 12th minute, and the midfielder made sure that she hit the target, giving her team a solid 3-1 lead.
Argentina managed the game well, as they kept possession and saw themselves through to the final whistle to register a historic gold medal victory.

LEAD WASTED
In the men’s contest, India captain Vivek Sager Prasad (3′ ,6′) scored twice within the first six minutes of the match to give India a 2-1 lead, but the Malay sians struck thrice in the second period through Akif Ishak (17′) to secure the victory, after Firdaus Rosdi (5′) had equalized for them in the first period. Both the teams started the match well but it was India who struck first through Vivek in the 3rd minute. However, Malaysia were not behind for too long as Firdaus Rosid threatened the Indians in the 5th and struck the equalizer in his second attempt to make the scores 1-1.

Indian archers Akash Malik and Himani Kumari kept themselves in the medal hunt, advancing to the pre-quarterfinal rounds of the pre-quarterfinal rounds of their respective events on Monday. The 16-year-old Akash beat Canadian Benjamen Lee in the shoot-off of his round one contest in the recurve cadet men’s individual event.
Himani had an easy first round outing cruising past Jil Welter of Samoa 7-1.