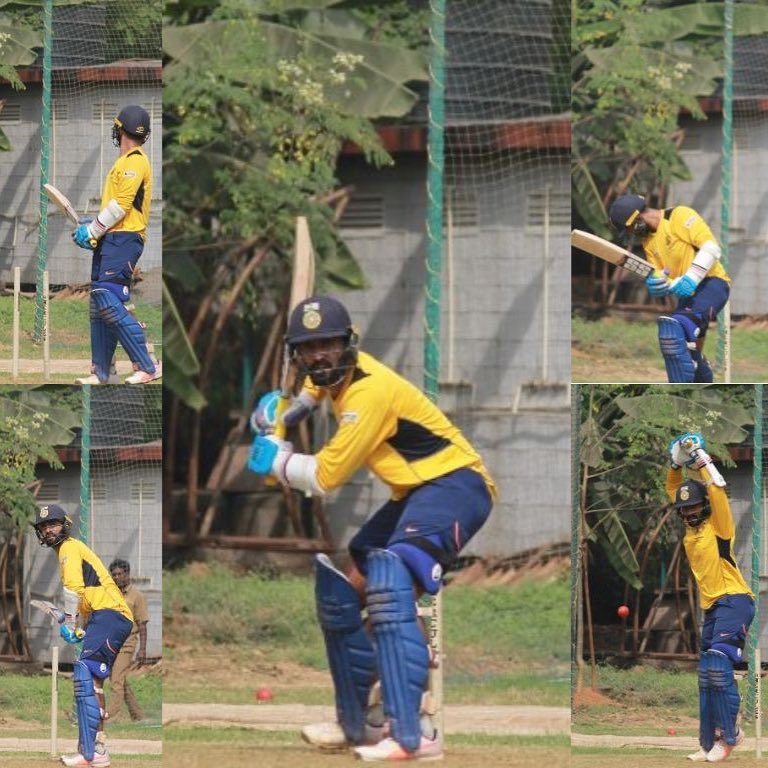 Vihari made an unbeaten 87 off 95 balls and shared a 99-run stand for the fourth wicket with Manoj Tiwary (52 off 58) to guide India ‘B’ to 261 for eight after opting to bat.
Later, Nadeem, who opened the bowling, picked up three crucial wickets including that of Karthik (99 of 114) to tilt the game in his team’s favor, following a 123-run sixth wicketkeeper between the wicket-keeper batsman and R. Ashwin (54 off 76) kept India ‘A’ in the 44th over. Nadeem ended with figures of three for 32 in 10 overs and got good support from leg-spinner Mayank Markande (4/48) and lead pacer Varun Aaron (2/45).

Chasing 262 in good batting conditions, India ‘A’ were dealt a double blow with Nadeem trapping Prithvi Shaw and Karun Nair off consecutive balls in the third over. While Nair’s LBW was a straightforward call, Shaw was unfortunate as it struck his pads.

Shaw’s opening partner Anmolpreet Singh made a promising start but threw it away by pulling one straight to square leg off Deepak Chahar.  Aaron, who was occasionally wayward, removed Ankeet Bawne and Krunal, Pandya, leaving India  ‘A’ at a precarious 87 for five in the 20th over.
That left a mountain to climb for skipper Karthik, who was running out of partners.