Skip to content
You are here
Home > ARCHIEVES > CRICKET > Cricket: England are not Fooled in T20 win 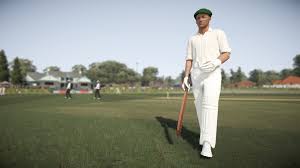 Lanka used an ambidextrous bowler Kathmandu Mendis in a bid to bamboozle but brutal batting by Jason Roy eaw England to Victory in their one-off T20 international on Saturday.
Roy hit 69 off 36 balls and Joe Denly, returning to the England side after eight years, opened the bowling with his leg spin and took four wickets as the tourists won by 30 runs.
Captain Eoin Morgan hailed Denly’s “outstanding” comeback. England made 187 for seven off their 20 overs. Sri Lanka, who won the toss, lost the ball as they reached 157 in an increasingly desperate chase. The 20-year-old Mendis switched his left arm orthodox spin and right arm off spin for three overs against England’s big hitters but gave away 27 runs before he was withdrawn. His 24 off 14 balls before Sri Lanka’s veterans started to limit the home side.
Roy showed his intent smashing the second ball off Lasith Malinga for six.