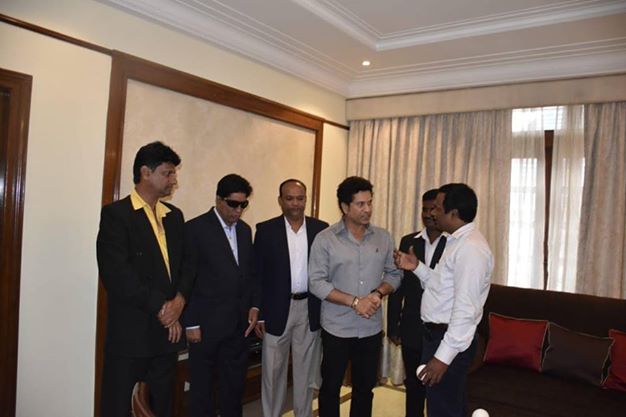 Rules and Regulations of Visually impaired:
They divided in 3 categories:

-Bowling is under-arm and Twice Tap before reaching to batsmen,
-B1 each run will double in scorecard, if he hit 4 then addition will be 8 runs
-Only B1 enjoy Runner’s service, throughout the inning,
-During fresh over, If B1 is on strike, Bowler also must be B1 category,

India is World cup Champion of Both T20I and ODI, organized by Jointly Samarthanam and Cricket Association of Blind in India (CABI).
Mr Mahantesh Kivadasannavar is not only Secretary of CABI but also World Blind Cricket council.