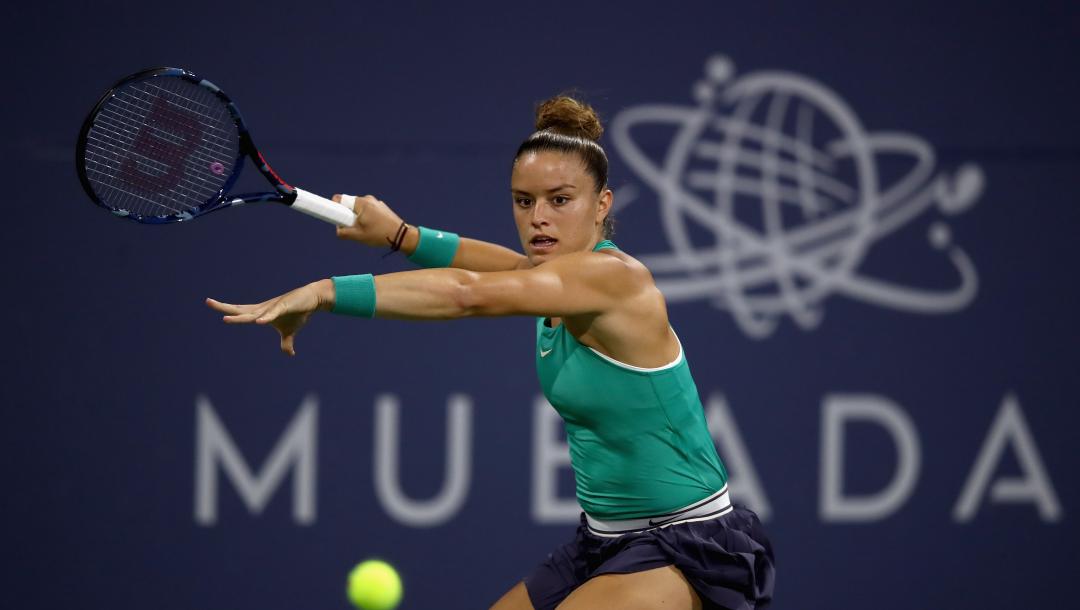 Sabine Lisicki has recorded her first win since February WTA- level match with a 6-4, 6-2 victory over two-time Grand Slam finalist Vera Zvonareva at the Guangzhou Open.
Lisicki lost her opening service game but recovered to take a 4-1 lead before the 34-year-old Zvonareva, runner-up at Wimbledon and the US Open in 2010, won 12 straight points to level at 4-4. Lisicki, a Wimbledon finalist in 2013, held and then broke to seal the first set.
She recovered an early break in the second set to dominate the end of the match and move into a second-round match against fifth-seeded Putintseva, who had a 6-1, 6-1 win over Sara Sorribes Tormo.
In other first-round matches, Bernarda Pera beat Magdalena Frech 7-6 (3),6-1.

SAKKARI CRUISES
In Seoul, third-seeded Maria Sakkari has had a 6-0, 6-1 win over Anna Karolina Schmiedlova in just over an hour to advance to the round of 16 at the Korea Open.
In other first-round matches Monday, Stefanie Voegele had a 6-3, 2-6, 6-4 win over South Korean wildcard entry Choi Jihee and Tamara Zidansek beat fellow Slovenian Polona Hercog 6-1, 6-3.
Defending champion and No. 1-seeded Jelena Qstapenko has been drawn to play 2016 Korea Open winner Lara Arruabarrena in her first-round, match. Second-seeded Kiki Bertens was drawn to open against Luksika Kumkhum.