Skip to content
You are here
Home > NEWS > Hami is champ, extends his lead 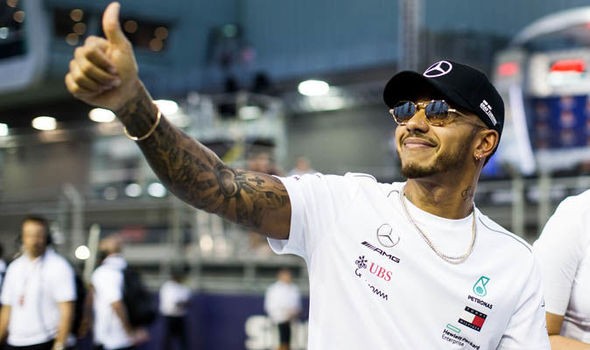 Lewis Hamilton extended his championship lead over Sebastian Vetter to 40 points after a hard-fought victory in the Singapore Grand Prix, capitalizing on Ferrari’s strategy error that pushed his title rival to the third spot in the race here on Sunday.
Pole Sitter Hamilton stormed to his fourth win in the last five races, delivering under constant pressure from Max Verstappen, who eventually finished 8.9 seconds behind for a well deserved second place.
Hamilton earned 25 points while Vettel settled for 15.
Going into the weekend, Hamilton had a 30-point advantage over Vettel.
“What a weekend guys. We kept pushing, we kept pushing. That was a tough race. Felt like one of the longest races of my life, said Hamilton after his back-to-back win on the twisty streets of Singapore.
Ferrari erred by opting for ultrasoft tyres on Vettel’s first pit stop while Mercedes went for the longer lasting softs for Hamilton, proving to be the difference in the end.
Valtteri Bottas finished fourth in the other Mercedes while Kimi Raikkonen was fifth in the second Ferrari. Daniel Ricciardo of Red Bull finished sixth after starting from the same position while Fernando Alonso improved to seventh in the McLaren after starting 11th.
Carlos Sainz of Renault, Charles Leclerc of Sauber and Nico Hulkenberg in the other Renault completed the top-10. At the front, Hamilton made a clean start while Vettel overtook Max for second place just before the safety car came out on track.