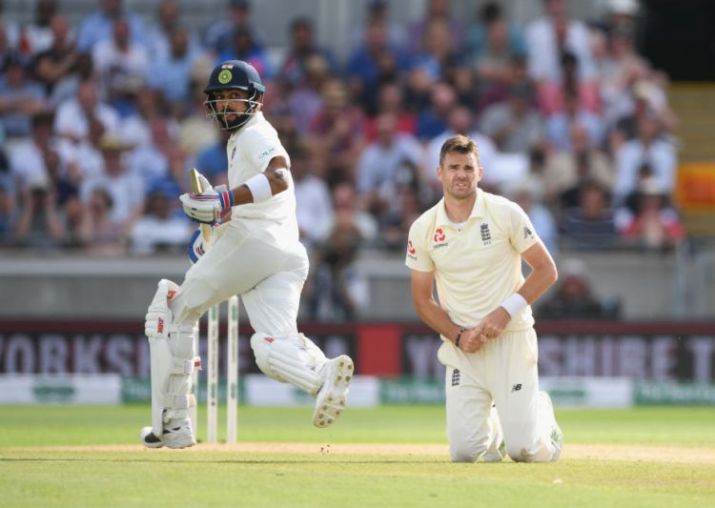 “This series was a celebration of red-ball cricket” Harsha Bhogle was quoted saying. In this
day and age, a 5-match test series is a rare event. With viewership on its decline, the
longest format of the game needed a revival. The England vs India series was just the right
boost Test Cricket needed. It had been a while since the bowlers dominated a series. This
was an exception. The bowlers were simply sensational in the overcast conditions with the
swinging Dukes ball. And we will remember the series for the way Virat Kohli batted. He was
the only batsman who looked comfortable during the course of the series as he put to rest
the demons of 2014. Both the teams played tough, competitive cricket as every match
produced a result. The result might indicate the dominance of England but India had their
moments in all the matches. It was a wonderful battle between two top teams and was a
great spectacle for the viewers.

Now, it’s time to look back and pick the eleven of the series. There were some astonishing
performances from both the sides, especially from the bowlers. But there were few batsmen
who fought their way to bail their team out of trouble. It’s not an easy task to pick the
batsmen in a series where runs were hard to come by. But looking at some batting efforts
which were crucial in the outcome, I have picked the best eleven of the series. Let’s start
with the openers –

1. Alastair Cook – When you are struggling for form after having played over 12 years and
150 plus tests scoring more than 12000 runs, it is evident that you are past your best.
After a horror run in the first four tests, Alastair Cook decided that it was time for him to
quit. And looking at is form, the decision seemed just right. But ‘The Chef’ had saved his
best meal for last. In the final test, he batted like the Cook we all knew. After a fighting 71
in the first innings, Cook produced a batting masterclass scoring 147 in the second that
virtually put India out of the contest. One could not have written a better script for him as
he bowed out with a thumping win. Cook finished his career being the highest scoring
left-handed batsman of all time. It wasn’t a great series for him, but for playing a match-
winning innings in the final test along with his fighting knock in the fourth test, Cook
comes in as the first opener.
No. of Innings- 9
Runs- 327
Average- 36.33
Hundreds- 1
Fifties- 1

2. K L Rahul – As the openers from both sides had struggled, it’s tough to make a choice.
When K L Rahul was picked for the final test, not many expected much out of him. But
when he walked out to bat, much like Cook, Rahul showed intent. He looked positive
from the outset and played his natural game. After being 3 down for 2 runs chasing 464
to win, he played a fantastic innings of 149 which gave India a glimmer of hope. At the
end, it wasn’t to be, but we had seen a sensational innings from a young man with
tremendous potential and ability. For his approach and his performances his final two
innings, Rahul is my second opener.

3. Cheteshwar Pujara – As said earlier, the batsmen were tough to pick in a bowler-
dominated series. Pujara was dropped in the first test after his struggles in County
cricket and the practice game. When he was picked in the second test after losing the
first one, everyone was expecting Pujara to use his experience to put on a fight in the
difficult conditions. After a few unfortunate dismissals at the start, Pujara scored 72 in the
first innings of the third test to show signs of form. However, in the fourth test, he scored
a magnificent 132 in the first innings to give India the edge over England. Unfortunately,
India lost the test and the series, but for his crucial contributions in the series, Pujara
makes the team at no.3.
No. of Innings-8
Runs-278
Average-39.71
Hundreds-1
Fifties-1

4. Virat Kohli – This was the easiest choice. Amidst all the batting struggles, there was one
man who stood tall and made everyone admire the way he batted. Kohli scored a
staggering 593 runs in the series with 2 hundreds and 3 fifties as he erased all the
doubts about his technique which had let him down in the last tour. He was easily the
best batsman of the series and walks in my side at no.4.
No. of Innings-10
Runs-593
Average-59.30
Hundreds-2
Fifties-3

5. Ben Stokes – The key aspect of every successful team is the players who add balance
to the side. There isn’t a better all-rounder in the world than Ben Stokes who is so critical
to the balance of the English side. India had Hardik Pandya as an all-rounder who played
well in patches. But he still lacks the experience and the X-Factor that Stokes provides.
Stokes didn’t quite light up the series, but he showed grit with the bat to stay at the
wicket and was brilliant with the ball. He made timely break-throughs for England to put
India on the backfoot. For his critical knocks with the bat and wicket-taking ability with the
ball, Stokes makes the team at no.5.
No. of Innings-8
Runs-200
Bat. Average-25.00
Fifties-1
Wickets-14
Bowl. Average-29.14

6. Jos Buttler – The reason why England won the series 4-1 was the depth in their batting.
After a string of woeful performances from the top order, England looked at the lower
middle order to bail them out of trouble. Jos Buttler was a critical part of the lower middle
order and he was simply brilliant with the bat in the series. Every time when his team
was in trouble he made significant contributions to take his team to safety. This series
was the coming of age of Buttler – The Test Batsman as he ended up as England’s
highest run scorer. He comfortably makes my side as a wicket-keeper at no.6.
No. of Innings-9

7. Moeen Ali – In overcast English conditions, seamers are always on top. They are
expected to do the majority of the damage while spinners provide the support. However,
the spinners played a vital role in the series. Ashwin was brilliant in the first two tests for
India as he troubled England in the conditions not favouring spin. But as the series
progressed, he became ineffective due to his injury. England has Adil Rashid in the bank
whose spin was hardly used. But when Moeen Ali was picked to play the fourth test, he
made an impact straight-away. He played a crucial knock with the bat and later
bamboozled India with the ball to pick up 9 wickets in the game. He was the Man of the
Match at Southampton. He continued his good work in the final match as batted at no.3
for England and scored useful runs. For his match-winning performances, Moeen edges
out Ashwin to be the only spinner in my side.
No. of Innings-4
Runs-119
Bat. Average-29.75
Fifties-1
Wickets-12
Bowl. Average-21.00

8. Sam Curran – When Virat Kohli and Ravi Shastri were asked to pick the “Man of the
series” for England, they had no hesitation in picking Sam Curran for the honour. The
young man had a dream series as he made vital contributions with both bat and ball.
Every time the game looked like slipping away from the hosts, Curran turned it around.
Along with Buttler, he played some crucial knocks to take his team to competitive totals.
He also got key wickets with the ball when the chips were down for England. For his
match-turning performances for England, Curran makes the side with ease.
No. of Innings-7
Runs-272
Bat. Average-38.86
Fifties-2
Wickets-11
Bowl. Average-23.55

9. Ishant Sharma – India’s most senior bowler was never a leader of the pack. You expect
a lot form Ishant Sharma every time you watch him bowl. And yet, he never rises to the
occasion. But we saw a different Ishant in this series. Having the experience of County
Cricket this season, he bowled a much fuller length in the series to pick wickets
consistently. He displayed great control over line and length to trouble the English
batsmen and ended the series as India’s highest wicket-taker.
No. of Matches-5
Wickets-18
Bowl. Average-24.28
Best Bowling in  an Innings-5/51

10. James Anderson – At the start of the series, everyone was looking forward to the Kohli-
Anderson duel. While Kohli displayed great determination not giving his wicket to his

nemesis, Anderson was relentless with the ball in the series. He troubled every batsman
with his customary swing in the familiar conditions. He was the highest wicket-taker in
this series with 24 scalps. The veteran went past Glenn McGrath to become the all-time
highest wicket taking seamer.
No. of Matches-5
Wickets-24
Bowl. Average-18.12
Best Bowling Innings-5/20

11. Jasprit Bumrah – This series will also be remembered for the way Indian bowlers
bowled. At one stage all the Indian bowlers were bowling quicker than their English
counterparts. After losing the first two matches, much awaited Jasprit Bumrah came
back in the side to give the impressive-looking Indian bowling an X-Factor. His
comeback added an extra muscle to the Indian bowling as he troubled the English
batsmen with his pace to go with his unusual action. His ability to move the ball both
ways surprised a lot of people as he kept on asking tough questions to the batsmen.
Although he played only 3 matches, he looked the most threatening of the bowlers on
display. With 14 wickets in just 3 games, Bumrah completes the eleven of the series.
No. of Matches –
Wickets-14
Bowl. Average-25.93
Best Bowling Innings-5/85