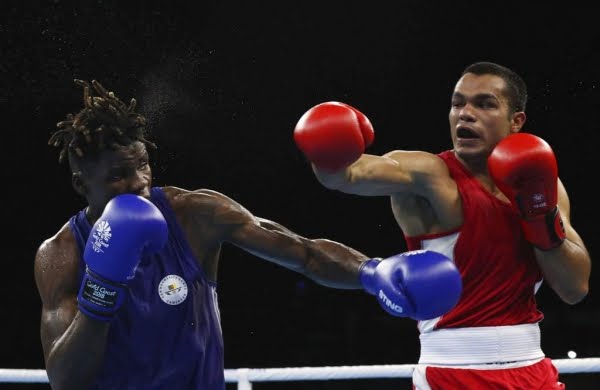 Indian pugilists will have high hopes in Asiad this time as the country won as many as 9 medals at Commonweath Games earlier this year.M C Mary Kom along with Vikas Krishan and Gaurav Solkanki won gold medals in their respective weight categories.India finished as the second best nation behind England at CWG in terms of medals won.M C Mary Kom also was the lone gold medallist for India in 51kg category at the last Asian Games in Incheon.India won 5 medals in 2014,other four being bronze.

However five time world champion Mary who fights in 48kg will be missed this time as there will be fewer weight categories.Instead young Sarjubala Devi will compete in 51 kg category.Sonia Lather who won silver at Asian Championships in 2017 will be another medal contender in a squad of three among women for us.High Hopes on menVikas Krishan in 75kg category,Gaurav Solanki in 52kg category,Manoj Kumar in 69kg are good bets for podium finish among men.Vikas Krishan will look to better his bronze medal finish at last Asiad.He is turning professional at the end of this year. Shiva Thapa who missed the cut for CWG,will add to our strong men’s boxing contingent.Shiva is the only Indian boxer to win a medal at the last three Asian Boxing Championships.

’10 boxers five medals’Indian boxing’s high performance director Nieva who was appointed as coach of men’s team last year sounded optimistic of our chances.Out of 10 boxers(7men and 5 women) we are targeting 5 medals.As compared to CWG,the competition will be tough for Indians as boxers from Uzbekistan,Kazakhstan are producing World and Olympic champions these days.Let us hope our pugilists punch opponents hard in ring and come back with more medals than last time around.Boxing events are slated for 24th August to 1st September at International Expo Hall in Jakarta.