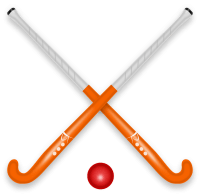 Harendra inspired men favourites in Jakarta
Indian men are on high after winning siver medal at Champions Trophy last month where they lost in penalty shootout to Australia.The result improved their ranking to fifth in the world.The team after the failure to win CWG medal earlier this year is shaping up well under new coach Harendra Singh.Harendra is our 2016 junior world cup winning coach and knows the strengths and weaknesses of the team.He made some changes in the team that finished fourth in Gold Coast.Midfielder Sardar Singh and Ramandeep Singh were recalled to the squad for Champions Trophy.With Harmanpreet Singh and Rupinder Pal as drag flick specialists,we still need a lot more from the two in Jakarta.Confidence,fighting spirit and winning mentality are the areas where we have improved from the past few years.We won gold in 2014 Incheon Games beating Pakistan in the final.P R Sreejesh,our captain and goalkeeper is optimistic about the our chances as the entire team is hungry to win gold medal again and qualify for 2020 Tokyo Olympics directly.
Women on all time high
Indian women finished fourth at CWG after which Sjoerd Marijne took over reigns from Harendra Singh.The change did not affect the team much as the team reached quarterfinals at Women’s World Cup where they lost in quarterfinals going down fighting to Ireland in shootout.The team led by Rani Rampal is at an all time high with 9th in the world.India is now highest ranked team in Asia which will be a major boost for women in an event such as Asiad.Rani at 23 is the most experienced member of the current lot.She will be playing her third Asian Games.Goalkeeper Savita,striker Vandana Katariya and 18 year old  Lalremsiami are in fine touch.Gurjit Kaur needs to improve on penalty corner conversion.India conceded only 3 goals in five matches at the recent World Cup which means defence is our strong point.We need to convert scoring chances which we missed at World Cup.Self belief is there in our current team which was lacking in women’s hockey for the past few years.They have achieved no Indian team did in 40 years by reaching quarterfinals of World Cup.India won bronze medal at 2014 Incheon Games.India win their only gold medal in 1982 Asiad in Delhi.Indian women will be hungry to repeat the feat by winning gold in Jakarta and book ticket for 2020 Olympics.
Let us hope both our hockey teams return with gold medals from Jakarta.
By Shailesh Padhye
A Sportsnasha exclusive