Skip to content
You are here
Home > Basketball > NBA-Warriors inch closer to Trophy! 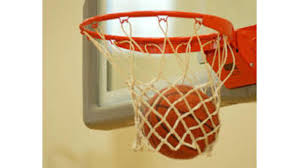 Cleveland, June 7: Defending champion Golden state, powered by 43 points from Kevin Durant, moved to the brink of a third NBA title in four seasonls  on Wednesday by defeating the Cleveland Cevelaliers 110-102.

The Warriors seized a commanding 3-0 lead in the best-of-seven NBA Finals and by winning game Four on Friday would complete the first championship series sweep since cleveland was blanked by san Antonio in 2007.

“I don’t  want to down-pany anything but I don’t want to act like ‘ this is the end of the road,” Durant said. “we did some things that we need to correct if we want to win the next game. I’ ve just got stay locked in.”

No team has ever recovered from a 0-3 deficit to  win an NBA playoff series, but the Cavaliers made the top comeback in NBA Finals history in 2016 from 1-3 down to swipe a title from Golden state.

IT ‘s definitely a tough loss, said Cavaliers star  LeBron James. “we had  our c hances. But we have another opprtunity on  Friday to extend the series but we’ ve got to come out and paly 48 minutes.”

Durant added 12 rebounds to his top playoff scoring total, but it was not until his 3-pointer with 49 seconds remaining to give the warriors a 106-100 lead that Cleveland’s fate was sealed.

Durant’s last basket was eerily like a 3-pointer he made late in game t hree last year against the Cavs that clinched a Golden state victory.

It was anothre dagger in the title hopes of James, who   had 33 poinrs, 10 rebounds and 11 assists while  kevin love addded 20 points and 13 rebounds for the cavaliers.

The cavaliers had been 8-1 at home in the playoffs with eight wins in a row since losing their their first-round opener to Indiana.

“We feel like we’ve been ringht there,” Love said .

“We just have to come out Friday and not givee  in .”

But the Warriors improved to 10-2 aginst the Cavaliers since Duruant joined Golden state before last season.

“His overall game was ridiculous – the passing, the rebounding, the scoring,” kerr said . “It wasn’t just number of points. It seemed like every time we needed a bucket git it for us.”